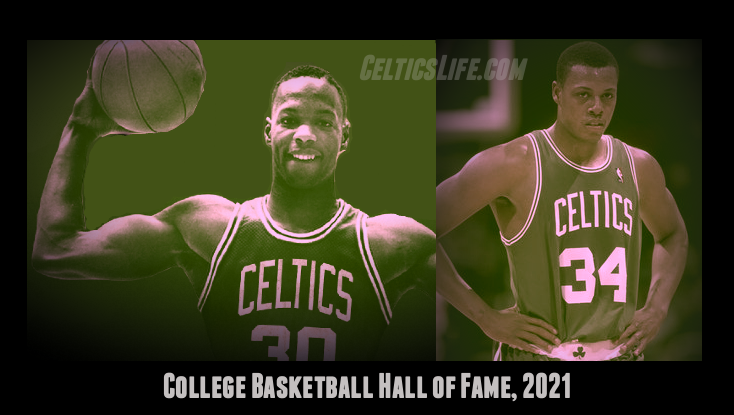 
Former Maryland star Len Bias, a two-time All-American who died of a drug overdose days after being selected with the No. 2 pick in the 1986 NBA draft, was selected for induction to the College Basketball Hall of Fame's class of 2021 on Sunday.
Bias is one of six players and two coaches to be inducted. The other players include: Kansas's Paul Pierce, North Carolina's Antawn Jamison, Ohio State's Jim Jackson, UCLA's David Greenwood and Bradley's Hersey Hawkins.


Yes I was as shocked as you to hear that Len Bias was just inducted now. The #2 overall pick by the Celtics in the 1986 draft had only one peer at the time he compared to and that was Michael Jordan. Bias was an all-time great NCAA player. Pierce just went by Paul then, but he was no slouch either. I'm sure that Pierce is honored by this induction and the ceremony will be emotional for him.


Bias won the ACC's Player of the Year Award in 1985 and 1986, averaging 20.9 points per game across the two seasons. He helped lead the Terrapins to two Sweet Sixteen appearances during his college career.
Pierce starred for the Jayhawks for three seasons, and was a first-team All-American as a junior in 1998.

Congrats to Paul and the late great Len Bias. The ceremony will take place in Kansas City next November.


Paul Pierce reminisces about his NCAA Tournament exit in '97 http://t.co/6j8TOVWWvC