Just throw in the towel Danny, take the L, & move on (Update: The L was taken, but could have been worse)

Well everyone keeps saying that the TPE is better than Myles + a 1st, so if we don't get a TPE I guess we will be down to nothing > Myles and a 1st talking point/spin.

Has any player ever been more sought after by a fan base & switched to undesirable in like an hr than Myles?😂 https://t.co/2539aCVIh4

Multiple contenders made plans to pursue Batum once the Hornets made clear he could be waived. The Clippers are set to receive the versatile veteran forward. https://t.co/gohCOCFsJW

The Hornets were not able to find a taker for Nicolas Batum's gigantic expiring contract so have decided to waive and stretch him. This of course was their original plan 8 days ago before Danny Ainge tried to interest Michael Jordan in a sign-and-trade. There are conflicting reports whether a S&T is still even possible, but with Batum being waived it would mean the Celtics would have to give in draft picks to get a TPE. It's time to close up shop here Danny. Just take the L and move on. Trading a 1st rounder for a TPE would just make matters worse. You called Hayward and the Pacers bluff, played hardball and lost. It happens. Learn from it. Trust me most Celtics fans still have their blind trust in you.
Note to Celtics fans (especially the ones on Twitter), you can love the Celtics and not be a Danny "hater," but still be objective and call a Fail a Fail. Just say "Hey he made that great trade with the Nets. Drafted Marcus. Hired Brad. Traded for KG. No one's perfect. He messed up here. Move on and learn from it."

Gordon Hayward couldn't risk losing his 2nd choice by waiting any longer on Ainge to win his trade with his 1st choice: https://t.co/VsQ4Yr1Gwn pic.twitter.com/KfqHqFXpx6


p.s. No matter how many times I type "Batum," this stupid Mac will change it to "Tatum."

Here you go.
Up to u whether you'd prefer in the end:
A. TPE (which is bit better than an expiring contract. U tend to have to attach 1st rounders w/ it in a trade to get anything good)
or
B. Myles, Holiday, a 1st and these 2 secs.

If u choose A, did u think that way 9 days ago? https://t.co/oLMhsgM6TR

Boston and Charlotte have completed a sign-and-trade for Gordon Hayward, teams announce. Hayward, who agreed to a four-year, $120 million deal w/Hornets last week, goes to Charlotte w/two second round picks. Boston gets a future second rounder and creates a trade exception.

The Celtics will create a whopper of trade exception, which will allow them to absorb a big contract in a trade this season. Paid a decent price -- two second round picks -- which puts some pressure on to use it.

The $27.9M trade exception that Boston has created is the largest in league history. 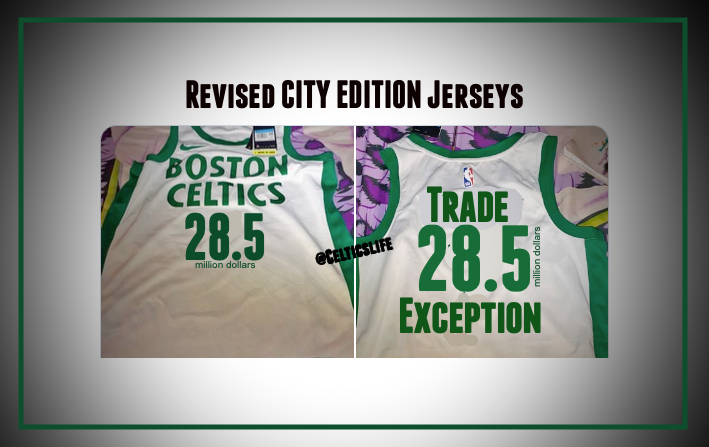 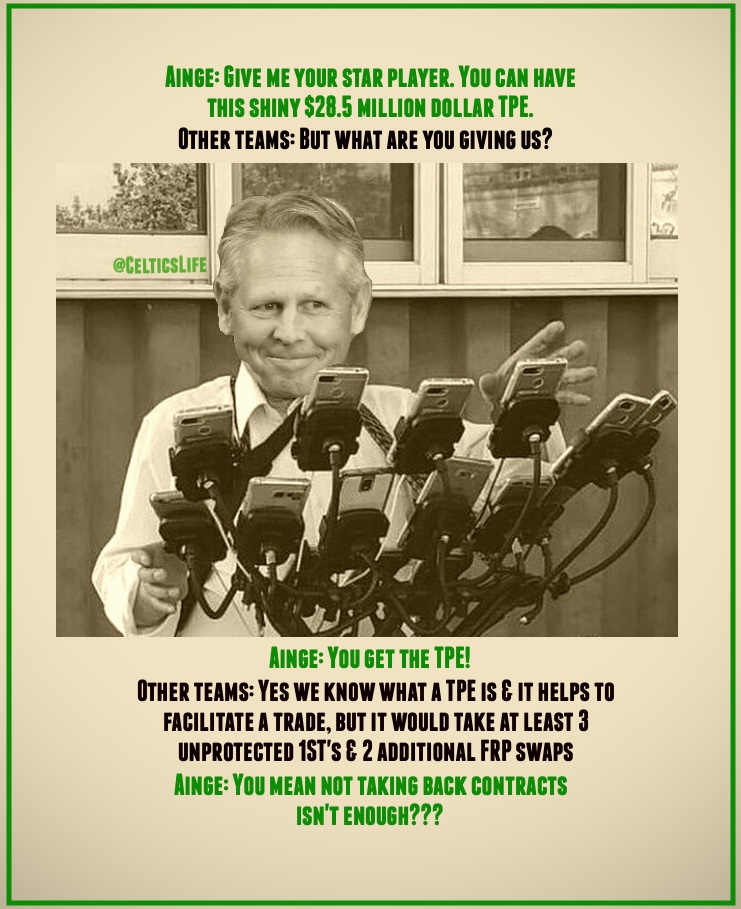