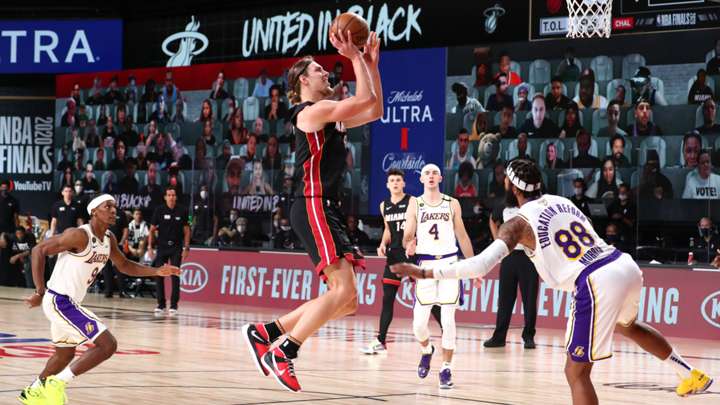 Kelly Olynyk poured in 17 points, 7 rebounds, and a couple steals while Jae Crowder added 12 points and 8 rebounds of his own as the seriously undermanned Heat shocked the Lakers and their two first team all-NBA players in Game 3. With Bam Adebayo and Goran Dragic sidelined again, Los Angeles was predicted to trounce Miami to get within one game of their 12th NBA championship. LeBron James finished with 25 points, 10 rebounds, and 8 assists for the Losers... I mean Lakers in the historic upset loss.
In addition to the former Celtics who obviously were the main reason for this win, in a complimentary role, Jimmy Butler went for a triple double finishing with 40 points, 11 rebounds and 13 assists.

One day this homeless kid will grow up to go for a triple double (40 points, 11 rebounds & 13 assists to lead his injury-ravaged, undermanned team to an upset Finals' win over a team with 2 all-NBA players. #DreamBig #NeverGiveUp #NBAFinals pic.twitter.com/xXZNkbiZup