Romeo definitely has some potential. https://t.co/E33fdhEDSs

It can be easy to dismiss Romeo Langford as another swing and a miss by Danny Ainge in the draft. Ainge has drafted for the Celtics for 17 years and has hit big atop the draft with players like Jayson Tatum, Jaylen Brown, and Marcus Smart, but has struggled otherwise. In his earlier days of drafting he had more success outside the top of the draft with the likes of Al Jefferson, Kendrick Perkins, Rajon Rondo, Delonte West, and Tony Allen.
There was a time when drafting was Ainge's strength. Not sure if someone from his staff moved on or what happened, but whereas the Heat defeated the Celtics in large part to some nice draft picks in the mid first round like Bam Adebayo and Tyler Herro, the Celtics didn't have the depth to compliment their max free agents and top of the draft studs. So will Romeo be another Guerschon Yabusele or another Avery Bradley?
I recently made the AB comparison to try and cheer people up on Romeo's future. Bother were heralded high school players, both underperformed and were hurt as Freshmen in college, and both were hurt when the Celtics drafted them and for much of their rookie seasons. Now this doesn't mean that Romeo will turn out to be as good as Avery Bradley was. What it means is that he's a low cost, young player on the Celtics and it behooves the team to see if they have something here. He has the physical tools if he can shake the injury issues (Bradley would go on to have pretty bad shoulder issues, but eventually get over the hump).
What the Celtics were lacking against the Heat, well besides a 100% healthy Kemba Walker and Gordon Hayward, was just one more good player. With Jaylen's new contract and Jayson's soon to be super max contract, it's imperative that the Celtics fill out the rotation with some young cost controlled players. Highlight videos aren't often the best for judging how good a player is, but you can't watch these two videos and not at least be willing to give Romeo a shot. Especially the one with blocks and steals.
Whereas I felt Yabu was a bust from when we drafted him, and then continued to think that as I saw him in summer league, preseason, and regular season games, I don't have that pessimism with Langford. I don't see another Yabu, or JaJuan Johnson, or Fab Melo. This kid actually has some real NBA skills. I'm not always right of course. I thought RJ Hunter would make it, but I'm excited to see if Romeo puts in the work to succeed. His success will be one part getting over the injury issues and one part how hard he works.
What are your thoughts on Romeo Langford's future? 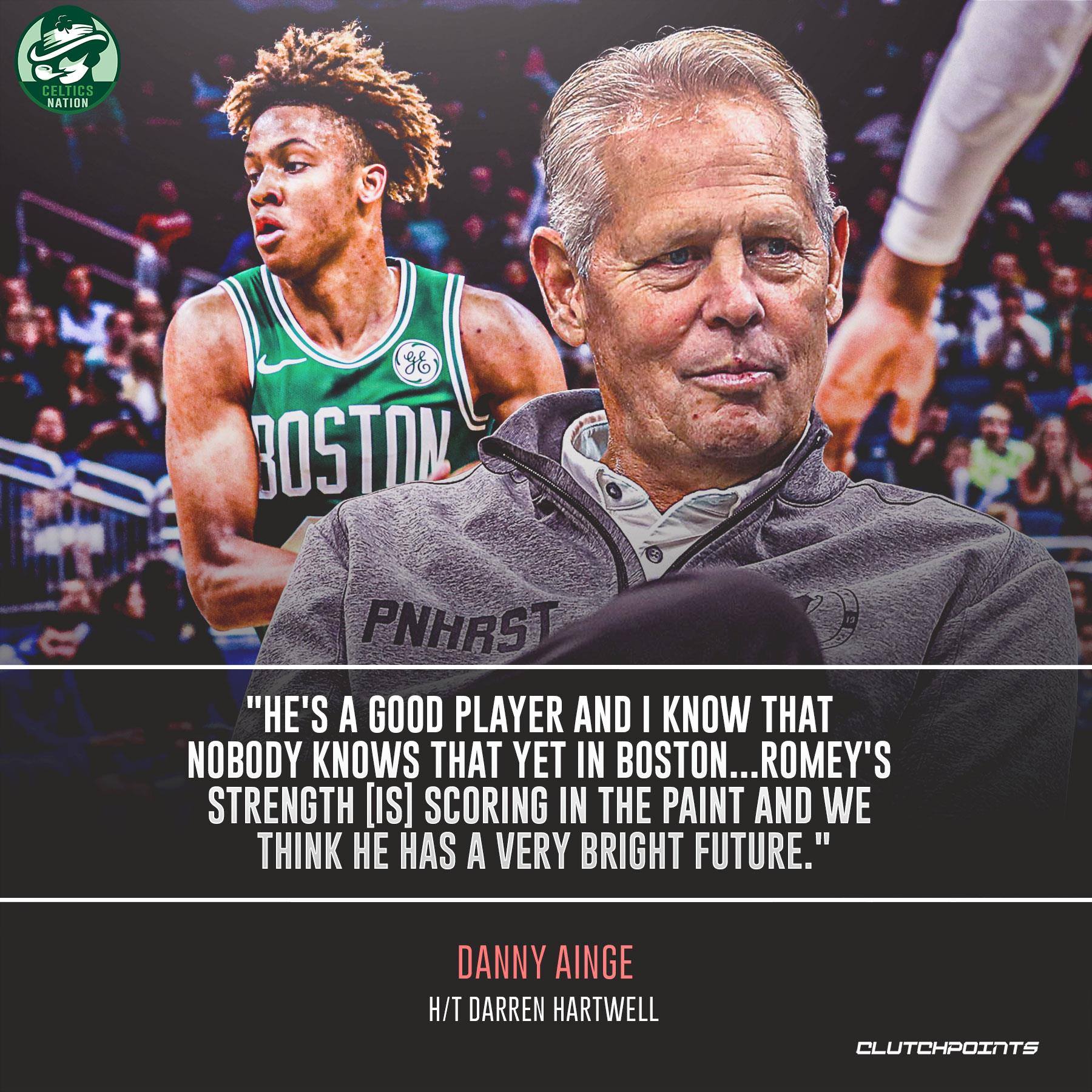