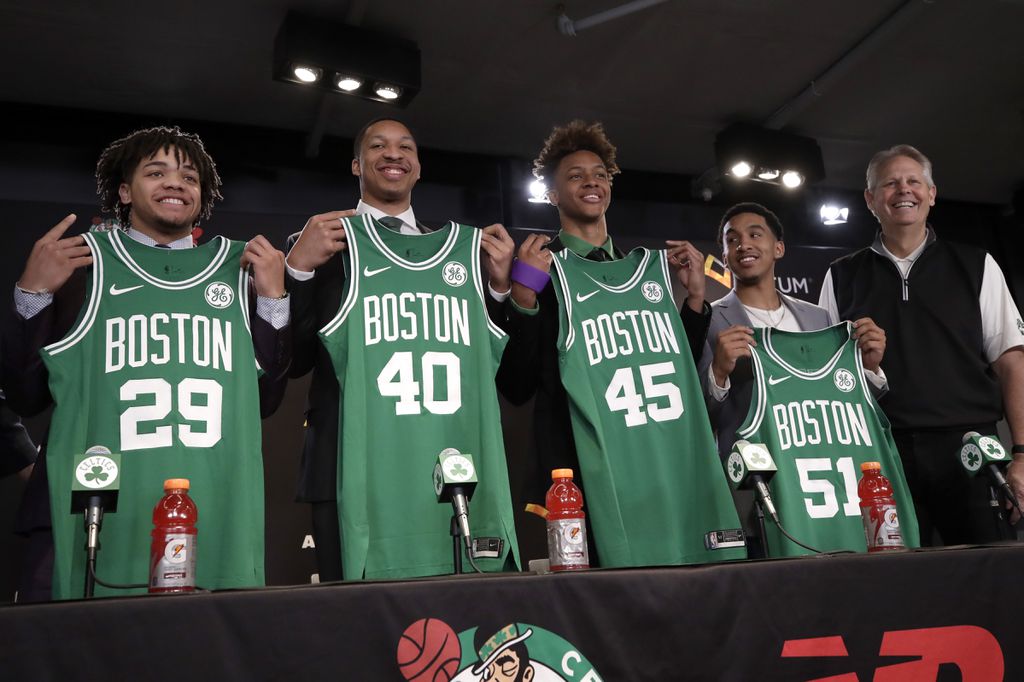 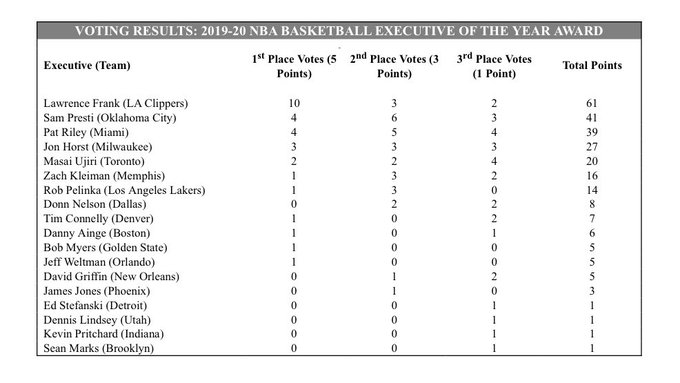 Former Celtics assistant coach and current L.A. Clippers general manager (or whatever his official position is since it seems like every team calls their basketball decision maker by a different title) Lawrence Frank has won the 2019-2020 NBA Executive of the Year award. The Celtics' Danny Ainge finished 10th out of the 18 GM's who received votes. Ainge had one first place vote and one third place vote. It should be noted GM's could vote for themselves for this award.
Like the other awards voting was based on the season up until it's abrupt suspension in mid March. So whatever occurred in the Bubble stayed in the Bubble. That's why the general manager of a team that embarrassingly got knocked out in the 2nd round though they were title favorites wins the award. The Celtics advancing to the Eastern Conference Finals likewise didn't have a bearing.
Frank wins the award for the Clippers convincing Kawhi Leonard to sign with them in the summer of 2019 and for trading for Paul George. Though I said it at the time and am even more confident now that the Clippers will regret trading Shai Gilgeous-Alexander and all those future first rounders to the Thunder for Paul George. Danilo Gallinari was also included in that deal, though at the age of 32 his loss won't hurt as much long term. 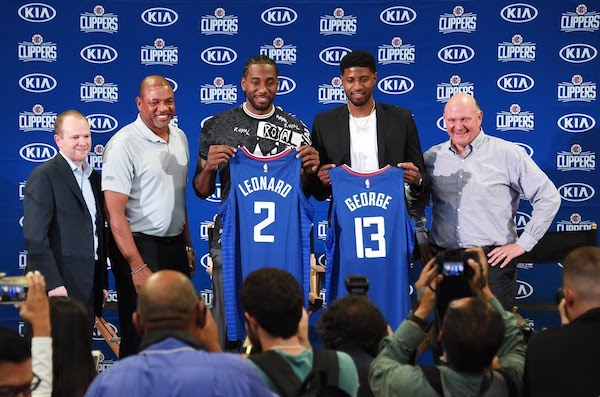 Also curious to know how much of the Kawhi Leonard signing was Frank or the recently let go Doc Rivers. As for Danny Ainge his tenth place finish was likely influenced by the defections of Kyrie Irving, Al Horford, Aron Baynes, Terry Rozier and Marcus Morris as well as a less than stellar haul in the draft. Ainge also while I believe him that the Celtics tried valiantly at the trade deadline to add another piece in the end struck out there. Signing an All-Star in Kemba Walker and the Celtics solid record by mid March likely bumped it up some.
Reality is Ainge is not a top tier GM, but he is a good one, so a tenth place rank out of 30 GM's seems about right. This list obviously changes dramatically from year to year based on offseason and regular season success. If there was one area of improvement that I'd like to see out of Ainge after 17 years on the job is with drafting. He's done well when picking at the top of the lottery, but besides that he's struggled now for about a decade. Also the best foreign player he's drafted is... I have no idea. Pretty sure there hasn't been any unless you want to count Kelly Olynyk, but he went to Gonzaga.
Finding international talent has been a major area of weakness for the Celtics organization dating all the way back to when foreign players started being drafted. Dino Radja remains the best Celtics overseas draft pick and he was picked in the 1980's. To Danny's credit his pick-up of Germany's Daniel Theis basically saved the Celtics title hopes this past season when he was able to step in admirably for Al Horford at the 5.
Hopefully Danny hits it big with one of his draft picks or pulls off a quality trade and the Celtics finish atop the Eastern Conference in 2021. Expect a considerably higher Executive of the Year ranking if that happens.