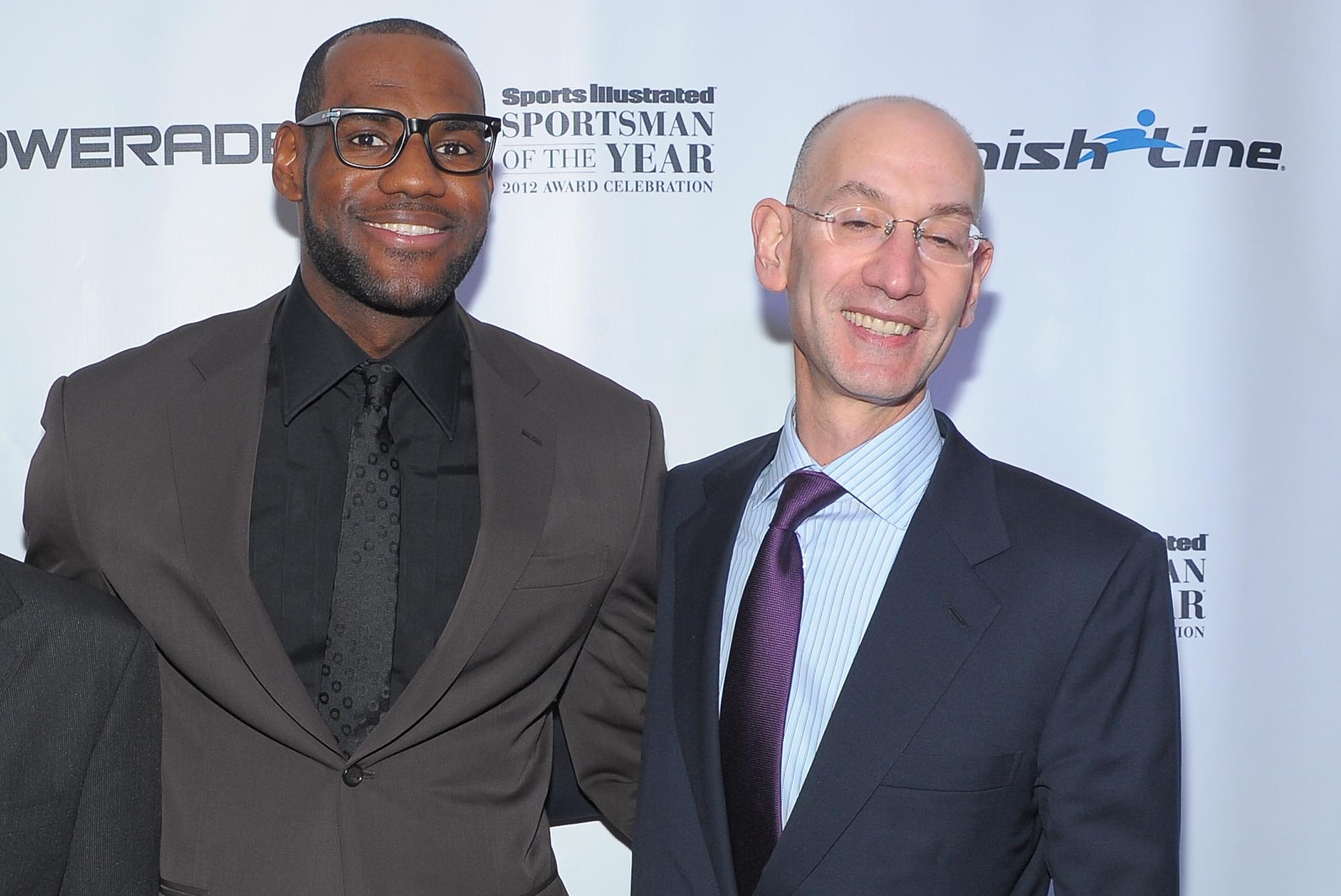 There are several plausible reasons that ratings could be down and as is most often the case it's likely a combination and not one sole reason. I was surprised though to read that the NBA Finals ratings were a record low. I mean theres a significantly larger available audience in 2020 than 35 years ago. Typically if ratings go down it's down compared to the past few years, not a record low.


While Game 4’s ratings for Lakers-Heat showed an uptick from the prior three games, viewership on ABC has now set an historic low as the four least-watched finals games in recorded history.
Competing against the baseball playoffs and NFL has hurt the NBA, which normally holds its finals in June.
According to sources, commissioner Adam Silver still is surprised at the low audience with LeBron James chasing his fourth title at age 35.
Silver has made general comments that could signal a belief the emphasis on Black Lives Matter has resulted in a ratings fall.


Marc Berman gives you all the potential reasons for the huge drop. It's even more astonishing that due to Covid-19 and people being asked to stay home as well as more people unemployed, you'd think there would be more available eyeballs. Would be helpful if some news agency did an unbiased survey which could then provide a ranking of reasons why people are avoiding this NBA Finals.
My guess is football and Black Lives Matter would receive more votes as the main reason than baseball or the Finals being less competitive. Also didn't China ban at least some of their NBA programming? That could be another reason, though LeBron James was quick to say he would not criticize China over their reported human rights issues, so you'd think that the Lakers in the Finals would be shown there. I suppose I'm providing more questions than answers,
What do you think is the main cause (or causes) of the record low NBA Finals ratings?