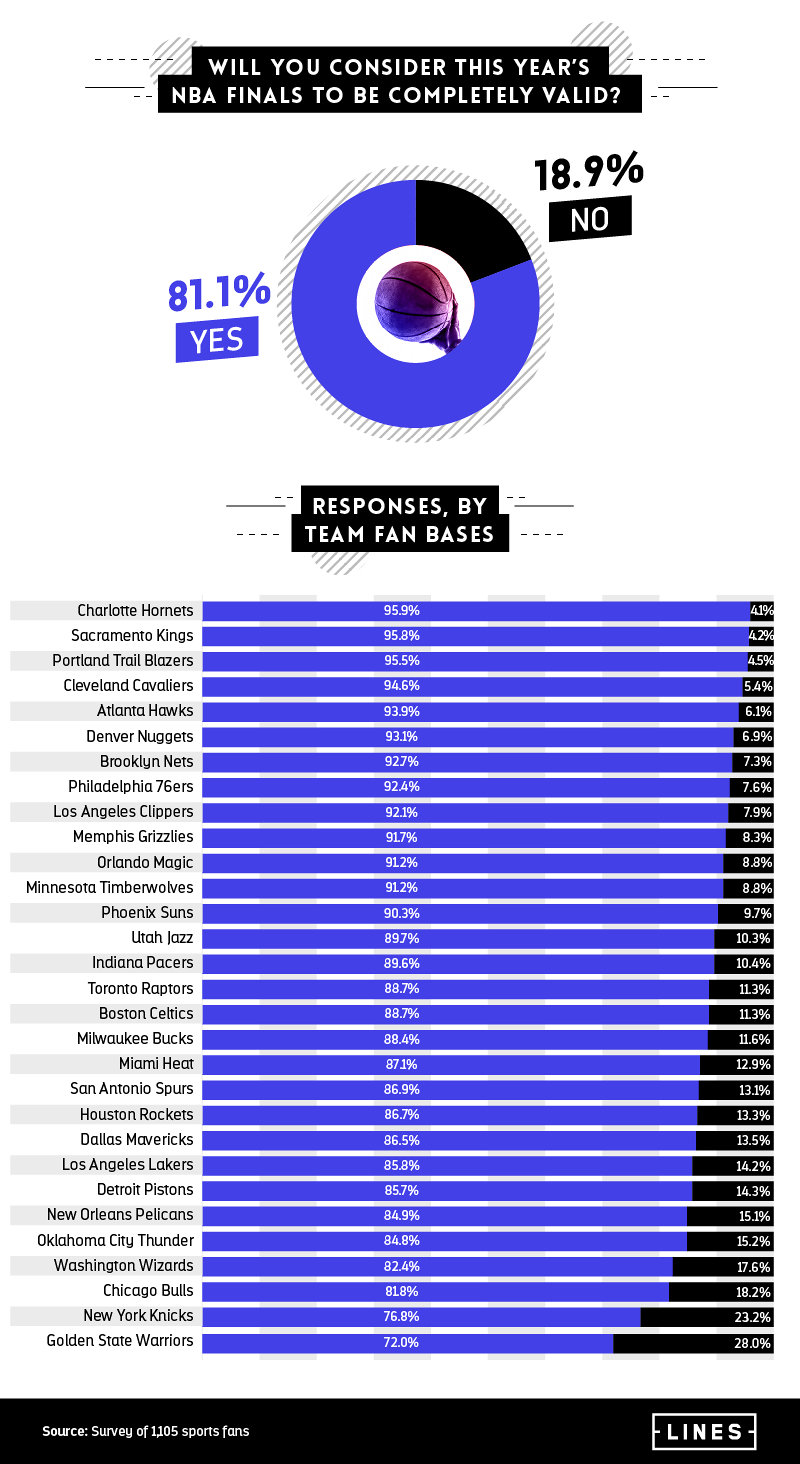 Was surprised to see such a high number. Granted the poll consisted of only 1105 fans, but I have heard people talk about that this year's champion deserves an asterisk. And that was long before their teams got eliminated. Typically I'm not a pro-asterisk guy unless you're talking about some large scale cheating. But this did get me thinking that despite Lebron James being that player on the playground or rec league that always needs to stack his teams, if the Lakers win this title, and it would be a shocker if they didn't, then all four of his titles have a bit of an asterisk debate for that crowd.
His first of the "not 1, not 2, not 3, not 4... titles" that he proclaimed when he teamed up with Wade and Bosh in Miami was during a lockout shortened season. His second in Miami was due to Ray Allen bailing him out with that historic 3. His 3rd with Kyrie and Love in Cleveland was made possible by the League suspending Draymond Green when it looked like the Cavs were all done. And then this year.
Again, before you call me a "hater," as people with poor, outdated vocabularies like to do, I will say that if the Celtics won this season's Bubble championship, I 100% would have counted it as legit and the team's 18th. So with that said, I am not in that 19% category. If I was going to complain about anything not being fair it would be that while the rest of us including NBA players were being asked to stay home, slow the curve, and practice social distancing, there was one basketball team in Los Angeles that was reportedly not complying and getting together at some mansion to practice together.

Lakers rumored to have been holding secret workouts together for quite some time during pandemic https://t.co/caSgADvHBN pic.twitter.com/WUFfpTP8BK


Back to the question at hand from the poll... Will you consider this year’s championship to be completely valid?