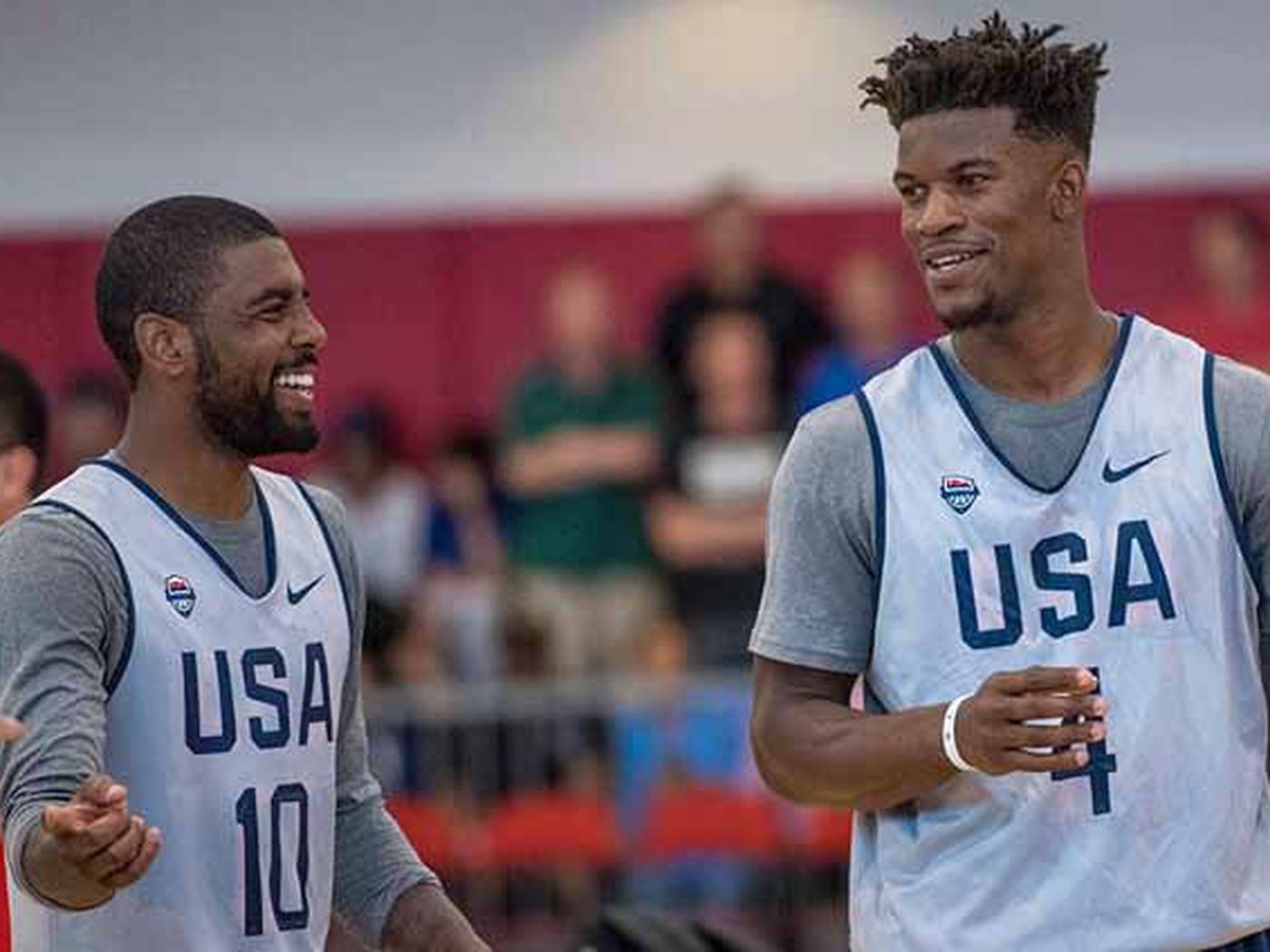 While the Miami Heat's backs are against the wall in the NBA Finals, Jimmy Butler has continued to impress as the leader for the surprising Eastern Conference Champions. The Lakers were the obvious favorites going into the Finals, but who knows how the Heat would have fared in a full seven game series with a healthy Goran Dragic and Bam Adebayo. Pat Riley's plan for the Heat is to still add another max superstar to this team, so don't expect the Heat to just be a one hit wonder.
Since this is a Celtics site, it's interesting to see the parallel with Danny Ainge's plan a few years ago. He had just signed Gordon Hayward away from the Jazz. The previous summer he signed Al Horford. In the last two drafts he had selected dynamic wings in Jayson Tatum and Jaylen Brown. Ainge decided to expedite the process of building a champion by trading that valuable 3rd Nets pick as well as All-NBA player Isaiah Thomas, Jae Crowder, Ante Žižić, and a 2nd rounder for the elite star he say leading the team in Kyrie Irving. This was going to be Kyrie's team to lead with solid supporting veterans like Hayward and Horford as well as the youth of Tatum and Brown.
Just like with the Heat this year going up against the Lakers who had already added their second star, Ainge knew that this team still might need to add one more superstar in the future (like the Heat are looking to do now). The eyes on the prize was Anthony Davis. That of course died the moment when Kyrie Irving changed his mind and decided he wasn't going to re-sign with Boston at season's end.
Looking at that 2017-18 Celtics roster that had just added Kyrie to lead them and this 2019-20 Heat roster that added Butler to lead them you see a good deal of similarities. You have the all-star that craved to have his own team. To be THE GUY in Butler and Kyrie. You have a vet like Dragic similar not in game but in how he helps your team to Horford (or Hayward). You have the young guys who are already ready to contribute big in the playoffs like Bam and Tyler Herro compared to 2nd year Jaylen and rookie Tatum.

The main difference is that Jimmy Butler was exactly the leader the Heat needed. He changed the culture in Miami. Everyone bought in to what he was selling, because he seemed genuine. And the Heat have made it to the Finals where Butler is putting up triple doubles for his injury-ravaged team and will leave it all on the court tonight.
With the Celtics, Kyrie Irving proclaimed himself the leader, but whereas Butler would deflect blame when Bam blamed himself following a loss to the Celtics, Kyrie consistently would blame his younger teammates for the team's failures. Whereas when down 2 game to 0 in the NBA Finals with Dragic and Adebayo out for Game 3, Butler stepped up with a historic 40 point triple double, Kyrie had a horrendous series against the Bucks as Milwaukee won Games 2 through 5. Where s Butler has never had an issue letting his young teammates like Bam or Herro get the spotlight (or shots), Kyrie... not so much.
Maybe things would have been different for Kyrie is Boston if he didn't get hurt his first season with the Celtics. Maybe that team would have defeated the Cavs in the Eastern Conference Finals. But we can only go on what happened. And yes I know some people are sick of hearing about Kyrie Irving, but we talk about Celtics past, present, and future on this site. Also the NBA Finals is what's going on now. If we talk about the Lakers other people (or maybe the same ones?) complain about that we're not appreciating LeBron and the Lakers greatness (The fact that the whole world is currently ball washing LeBron and the Lakers, but that a Celtics fan site should as well cracks me up. They'll be fine sans love from us. Trust me).

So in my desire to examine the Heat today and how Jimmy Butler has been everything that he said he'd be. That he wanted to be the leader of his own team and not take the easy way out and buddy up with other NBA superstars. That he said he's good enough to be the #1 guy, the Batman, well he kind of proved it this season. And since Butler had also been discussed multiple times as a possible trade target for the Celtics, but they didn't think he was "the guy," it's also relevant to the Celtics current situation. Ainge went all-in on Irving. The Heat went in on Butler. Both wanted to lead their teams. One made it to the Finals his 1st year. The other failed and decided that maybe it was a better idea to go back to playing with an All-NBA 1st teamer.

Kyrie basketball wise had the talent, but not everyone can be the leader, be that guy. Jimmy Butler proved he could.