The Celtics have three first-round draft picks, but how will they use them?

The Boston Celtics have the three first round picks in the NBA 2020 Draft. How the team will play their hand, only time will tell. But so will the NBA lines (link removed).

The Celtics don't really have much space in the roster as they head into the next season. If Hayward and Kanter both decide to opt into their player options, the Celtics will already have 13 players signed and ready to go for the next season. That means the Celtics would be facing a challenge if they decide to hold all three of their first-round picks.

However, there are quite a few particular scenarios in which the Boston Celtics could have some open roster spots in the next season for their picks. Semi Ojeleye and Brad Wanamaker could potentially depart from the team, leaving free slots. Then again, Ojeleye's inexpensive deal with the Celtics might increase his chances of staying. Jovante Green might lose his spot due to a non-guaranteed contract. Then there is Vincent Poirier; he could be traded or even waived to free up a place.

Moving up is not always the right move for a team, but with the prospects available in this year's Draft, it just might be worth it for the Celtics since they can push. If the Celtics use multiple picks, they then they can get a preferable prospect while helping with their roster crunch simultaneously.

Now that it's clear that Celtics might be picking, lets a look at three first-round picks that Boston shouldn't miss.

No.14
For the first pick, Boston should try to use this opportunity to add a solid wing option to their rotation.

Saddiq Bey and Aaron Nesmith are two excellent prospects who know how to shoot the ball and space the floor with confidence. Nesmith is quite capable of knocking down catch and shoot jumpers, making him a reliable player right off the bat. On the other hand, Bey's basketball IQ, shooting skills, and defensive versatility make him quite a valuable player. 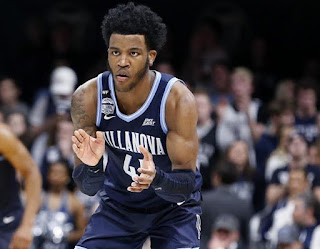 Kira Lewis Jr. and Tyrese Maxey are also two excellent prospects that would be great for the Celtics backcourt if the front office decides to go that route with their first pick.

The Celtics also have a good pick if they decide to take a flier with a raw prospect. Aleksej Pokusevski could be the target at the No.14. The 7 feet tall 18-year-old has the footwork and playmaking skills of a high-side wing. Pokusevski is a reliable passer who has a good view of the floor, which works really well alongside the 7 foot 3 wingspan that he has. However, his frame might be a concern on the defensive end.

No.26
Ty-Shon Alexander is a guard who hasn't gotten much attention. However, he is absolutely a winner, and the Celtics fan might go crazy for this guy. Alexander has perfect 3-point shots, especially off the catch and shoot. Also, his activity as a perimeter defender makes him a constant defensive disruptor.

Desmond Bane is an excellent defender who can provide the right kind of knockdown shooting wherever he ends up. If Boston doesn't take a 3 and D at No. 14, then Bane can be a great floor spacing option at No. 26.

No.30
If Boston does decide to drop Poirier, then they have some a spot open. Isiah Stewart is an incredibly strong interior scorer and rebounder who might be perfect for the Celtics. His hard plays alone make him an attractive option.

Although he isn't a big name in the 2020 Draft, Paul Reed would be an excellent choice to bolster the frontcourt depth. Reed is a fantastic athlete who can play quite well at multiple positions at a high level. That defensive spark would really help the Celtics spark the second unit when there is a need.

Xavier Tillman is also an excellent frontcourt option even though he is undersized. However, his abilities and defensive versatility make him an ideal fit for the Celtics. Tillman can significantly help whatever team he ends up with, and the Boston Celtics should be smart and seriously consider picking him if they are looking to add a big.