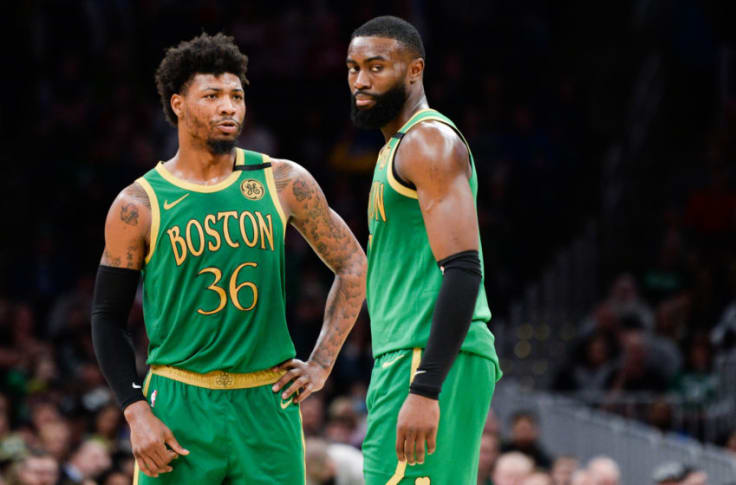 Getting more details in now on the Celtics blow up on the locker room following their Game 2 loss to Miami, which veteran Boston Globe reporter Gary Washburn called, "as raucous as I’ve ever heard." Shams Charania has more details:

Sources told The Athletic that Smart stormed into the Celtics postgame locker room saying that other players needed to be held accountable and not simply point the finger toward him when things are going wrong. As Smart continued and his voice grew louder, sources said Brown snapped back and shouted that Celtics players must stay together and that their actions must come as a team, not individually, and that Smart needed to cool off. Those sources added Smart had verbal exchanges with a couple of the assistant coaches during the game. Smart and Brown had a tense interaction inside the locker room, with objects thrown around. Teammates diffused the situation before any physical altercation could take place, sources told The Athletic.

So this likley sounds worse than it really is. Thius stuff happens all the time. Case in point:

KG and Posey had to be separated after a game in Atlanta in '08. This stuff happens. Sometimes it even helps.

All the Celtics were united in the post game pressers in saying it was no big deal and that Marcus Smart is their brother. 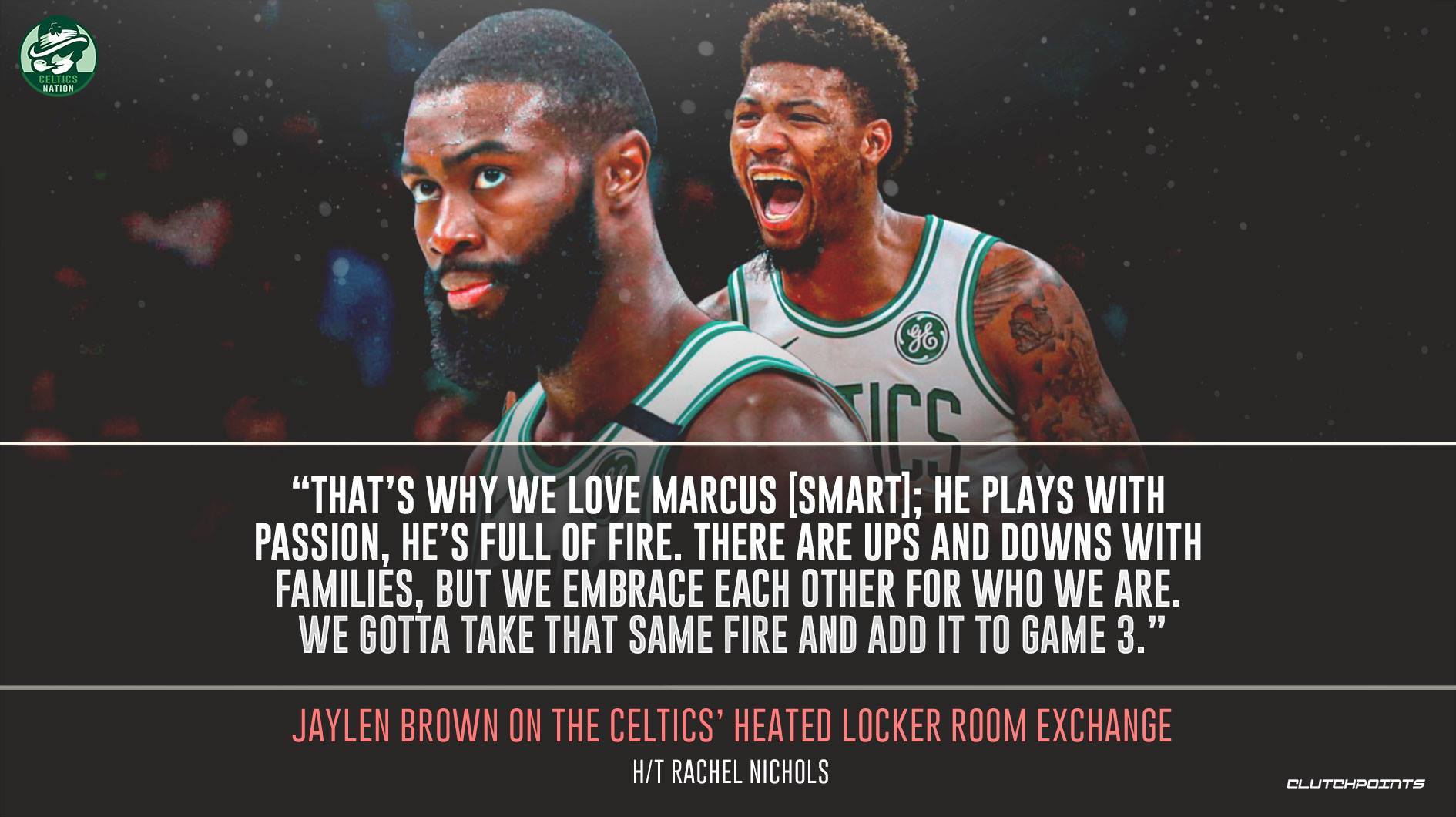 I honestly don't think Celtics fans really care about emotions running high in the locker room. They should be. If anything, the reactions I saw were that fans were happy the Celtics were pissed. Of course you'll find the fans that already didn't like Marcus Smart that were less forgiving.

Too many Bullsh.t rumors out there, this group of guys is one of the best I’ve been around.
No one can split our family up.
Keep fighting & grinding.

“Smart and Brown have smoothed tensions over since the verbal spat, and one source said the Celtics would learn from it and move on from the episode Friday ahead of a pivotal Game 3 on Saturday.” https://t.co/tAOOFHYmCD

Real or imagined, often athletes like to use the "everyone is against us, we need to band together to show the haters" motivation, so if that's what the Celtics want to do, I'm fine with that. But again most fans had zero problem with the postgame confrontation. As mentioned above Posey and KG got into it in 2008 and Larry Bird famously called out his teammates as "sissies" during a Finals in the 80's.
This was not the first time Marcus has let his emotions get the better of him and it won't be the last. That passion is also part of what makes him such a good basketball player and teammate. I'm glad Jaylen Brown checked him as well. You need that too. Marcus shouldn't be getting into it with assistant coaches during the game. I'd predict as of this writing that he's already apologized to them. Today the Celtics will watch game film and tomorrow I wouldn't bet on them losing.
Update:12:40pm

ESPN Sources: Brad Stevens had a late night Thursday meeting with Celtics leaders – Kemba Walker, Jayson Tatum, Jaylen Brown and Marcus Smart – to work through emotions of post-Game 2 locker room. A lot of yelling in locker room, but nothing escalated to a physical confrontation.