OG says “Kawhi who?” while keeping his Raptors afloat 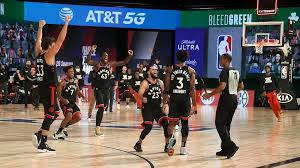 Raptor coach Nick Nurse began Thursday’s “must-win” Game Three against Boston with a new focus to his offense, namely Kyle Lowry and Marc Gasol who attempted 12 of their squad’s first 13 shots. The pair combined to shoot 7-for-14 in Q1 (despite MG sitting out the last five-and-a-half minutes), the rest of the team just 4-for-12. [Those “others” would bounce back over the final 36 minutes, going a more respectable 19-for-44.]

Kemba Walker’s 17-point Q1 outburst matched the Raptor duo in a back-and-forth Q1 that saw seven lead changes … overall, this tilt would have a dozen ties and 16 lead changes.

In a presumed coincidence – or is it superstition? – the Raptors have attempted exactly 40 three-point field goals in each of these first three games against Boston. [3FGA’s had ranged from 35 to 47 in their first-round sweep of Brooklyn, and on the season averaged 37 per game.]

Excluding the six-minute Q2 contribution of Matt Thomas, Nurse seems to have trimmed his playing rotation to seven players, riding three starters for 40+ minutes. Lowry and backcourt mate Fred Van Vleet each came within a foul of disqualification.

To Toronto’s advantage was super-sub Norman Powell appearing to rediscover some rhythm to his game.

On the other side of the coin, what’s up with Enes Kanter’s right shoulder – and is that the reason his minutes have dwindled this series?

Of course, one man’s setback is another man’s opportunity – and young Robert Williams is stepping up aggressively.

Tip your cap to Kyle Lowry, this was his “Climb on my back, boys!” moment … but that’s always a tough performance to duplicate.

And few teams have a “Next Man Up” when it comes to that particular duty. 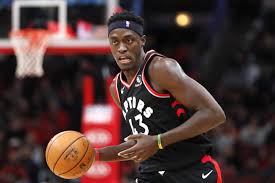 You know how you get happy when a Giannis or Embiid makes an early three-pointer against the C’s, figuring such shot selection will work to our advantage in the long run?

I get a similar feeling when Toronto’s Pascal Siakam starts to channel his inner Magic Johnson and decides to handle the ball on a fast break, rather than fill a lane.