Perkins says this series is over; Everyone counting the Celtics out might be just want the players need

Obviously you knew ESPN's First Take was going to discuss the Celtics collapse and the locker room altercation between Marcus Smart and Jaylen Brown. Anyone who's ever played sports knows that those fights happen. And if you think they don't on any other team, well then it just didn't leak out (or in this case was audible to reporters). Some beat writers don't even report on these things because they're scared that the players will ge tpissed at them and they'll lose access. Also there can be a little bit of star struck eyes where young reporters grew up looking up to player son the team they cover and want them "to like them."

Anyway, onto First Take. Both Stephen A. Smith and Kendrick Perkins both were in agreement that the fight after the game was no big deal. Figured Perk would defend Marcus, but was pleasantly surprised to see Stpehen A not make a big deal about it. Stephen A said this series would be over in 6 with Miami prevailing. Perkins then agreed that it was over and also said in 6. 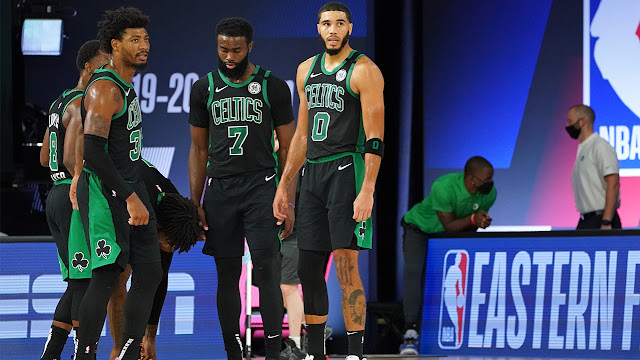 Perkins has tried to do a good job and not be biased in his reporting. He has gone after former teammate/friend Kevin Durant several times and picked the Raptors to defeat the Celtics in 6 prior to last series. Neither Smith's or Perkins' predictions right now are disrespect to the Celtics, but don't be surprised if the Celtics use everyone counting them out now as motivation. The whole "backs against the wall" thing. Should they need that extra moitivation? No. But for a team that just had a conflict inside the locker room, a nice us against the world mentality might do them some good.