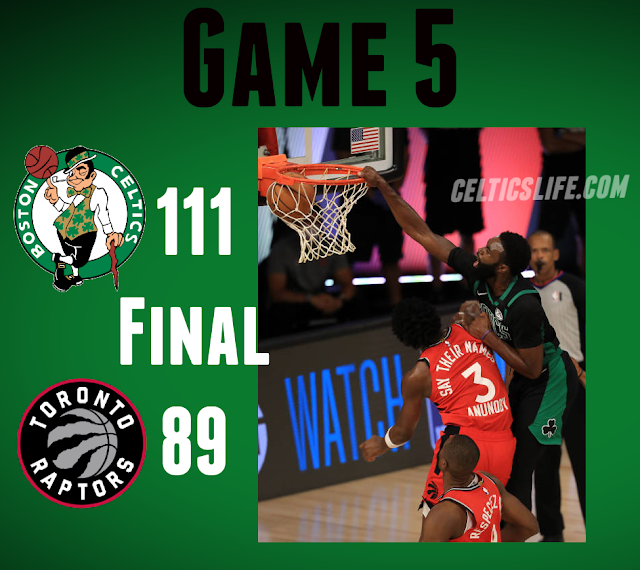 That's the way you bounce back. Brad Stevens leaned on the Celtics starters and they didn't disappoint as the Celtics flirted with a 30 point lead for a good portion of the game as the Raptors could never get within striking distance. The Celtics 27 point was the team's second largest in history.

Jaylen Brown in a bounce back game finished with 27 points while Kemba Walker added 21. The Celtics only had 6 players score throughout until Grant Williams hit a 3 right at the end. Brad Wanamaker pitched in with 15 off the bench.

Celtics look to close things out in Game 6 on Sunday.


Brad Stevens: “We were really active. We were just trying to play hard, as hard as we could. … We were playing with great purpose. You could feel that from the get-go."
— Chris Forsberg (@ChrisForsberg_) September 8, 2020 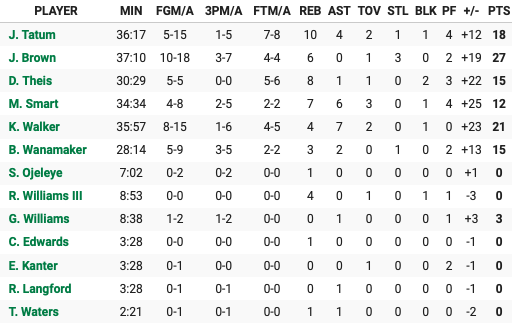 Option: Start Williams vs Gasol. Bring in Theis for Ibaka.

Stevens in German: “You will play all 48 minutes tonight Daniel”
— CelticsLife.com (@celticslife) September 7, 2020