Stout Raptors draw even with C’s in confounding Game 4 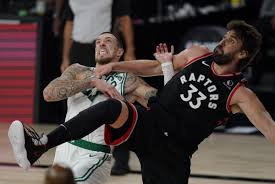 I’ve just about given up trying to make any numerical sense out of this series. In Game One the teams were dead even in “stops” while they were tied in successful offensive possessions in Games Two & Three.

Game Four provided us with a team that did indeed compile both more Stops and more Conversions – but, as would seem to befit this confrontation, that accomplishment came in a losing effort!!!

Even my generally about 80% accurate “Two-out-of-Three” Rule is letting me down. In all four games, the Celtics have shot their FG’s at a better clip AND won the total rebounding battle – alas, likewise been on the wrong end of the Turnover count. 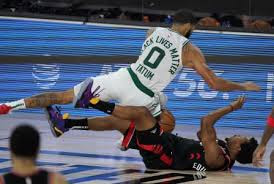 I guess all the rules and traditions fly right out the window – and pass up my “Lawn” – when teams are combining to crank up 79 three-pointers out of 161 shots.

Under those conditions, it’s hardly shocking that the team owning the edge in “Stripes” has come away with all four wins thus far.

With Coach Nick Nurse choosing to use such a limited rotation (essentially seven players), would not a Celtic game plan designed to induce more Toronto fouling be a logical tactic?

With that in mind, what is the status of Enes Kanter, whose right shoulder seemed to be troubling him during his brief Game Three run?

This has befuddled me for some time now … maybe someone out there can shed some light on the matter.

At the 9:00 mark of Q4 in Saturday’s Game Three – and immediately following a Toronto Time-out – Marcus Smart was whistled for a foul while the Raptors were trying to in-bound the ball from the sideline – a “dead ball” or “away-from-the-play” foul. As is the case with a Technical Foul, any player in the game gets to attempt one FT and (make or miss) play resumes.

Fred Van Vleet did the honors for the Raptors on this occasion but uncharacteristically missed the shot.

On the subsequent possession, Serge Ibaka converted a dunk and pushed his squad’s edge to eight points. 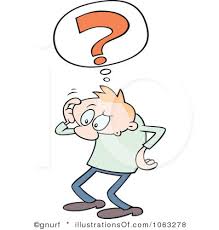 What confuses me – also offends my basketball sensibilities, I suppose – is that Ibaka’s two points here are included among the Raps’ 24 “Second-Chance” points for the game.

By definition, “Second-Chance” points include any scoring (FG’s or FT’s) that follows an Offensive Rebound (awarded either to a player or to the Team) and is recorded before the opposing team regains possession of the ball.

Now it seems here that Serge’s score is following a Time-out (which had been precipitated by a Grant Williams put-back) … how does this hoop, then, find its way into the “Second-Chance” column?

Well, there is a logical explanation … but you may not like it any more than I do!

You see, by custom Van Vleet’s afore-mentioned errant FT must be balanced in the scorebook with a corresponding retrieval … therefore, the Raptors were awarded a Team Rebound of that miss.

Numbers may not lie, but on occasion they can be “aided and abetted” into perjury, eh?