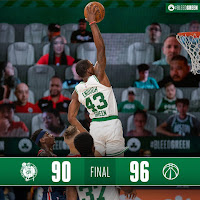 Javonte Green who has been a feel good story since he came on the scene last July, scored 23 points, but it was not enough for the Celtics B squad (C squad?) against the Wizards as Washington picked up the 96-90 win. The game win/loss wise had no bearing on the Celtics as they have the 3rd seed locked up already. If anything the loss could move the Celtics up one spot at the end of the 1st round.

The Celtics of course played this afternoon's game without their top six rotation players Jayson Tatum, Kemba Walker, Jaylen Brown, Gordon Hayward, Marcus Smart, and Daniel Theis who all sat out to rest (and avoid injuries. The Celtics will be facing the Philadelphia 76ers in the 1st round. 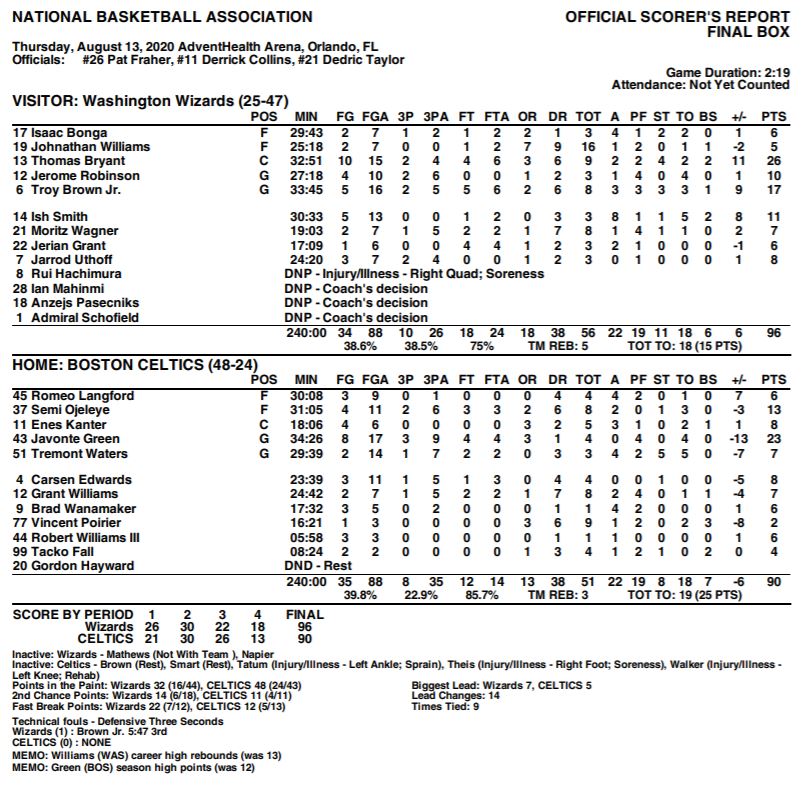 Tremont Waters' five steals today were tied for the most that any Celtics player has had in a game all season (Smart also had five on 11/25).
— Taylor Snow (@taylorcsnow) August 13, 2020

Brad Wanamaker (.926) becomes the fourth Celtic, and the first since Larry Bird 30 years ago to lead the @NBA in free throw shooting.