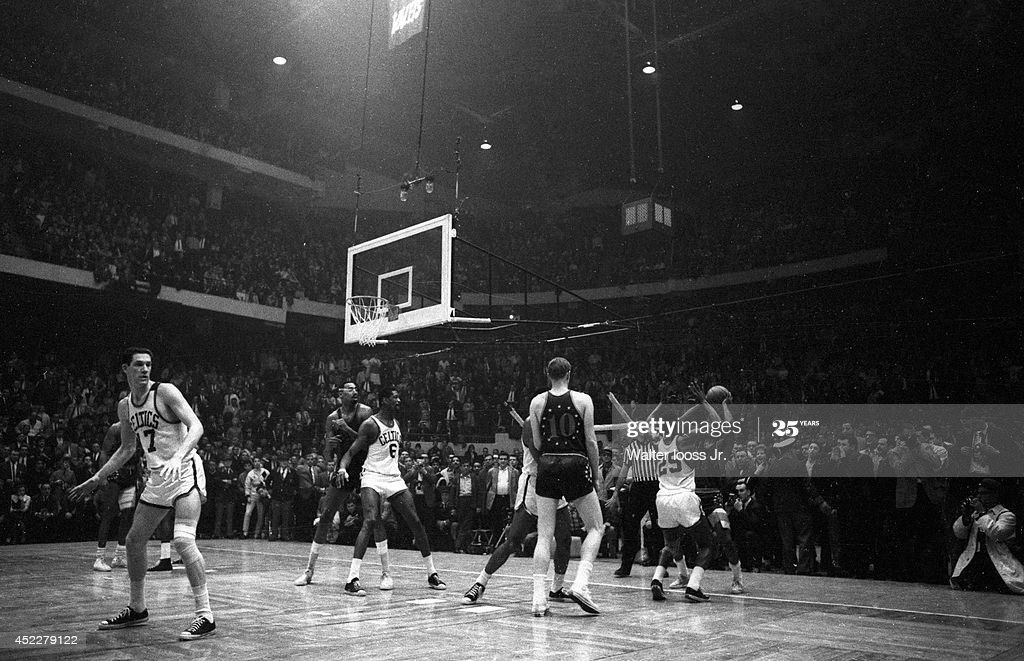 The very first playoff encounter between the Boston Celtics and Philadelphia 76ers (as such) occurred 55 years ago ... here's my account of that memorable 1964-65 season: 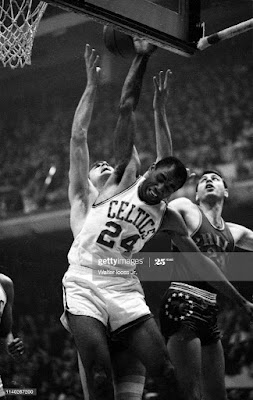 These Celtics would lose consecutive games on only two occasions, string together winning streaks of 11 (to open the season) and 16 games, and establish a new league standard by amassing 62 regular-season victories.

The 76ers, on the other hand, had quietly assembled some talented pieces of a champion-to-be: savvy Larry Costello (a champion coach-in-training himself) and scrappy Hal Greer manned the backcourt while young stud Chet Walker and rookie Luke Jackson were adjusting to the pro game.

Any pretense of anonymity was traded in at midseason to acquire Wilt Chamberlain. A 9-2 welcome-home tease notwithstanding, the third-place, .500 team Wilt joined in January finished the regular season 40-40, trailing Boston and Cincinnati.

Home court, championship mettle, and Russell’s 32 rebounds offset Chamberlain’s 33 points and 31 boards in Boston’s 127-118 victory to open the series. Wilt’s Game Two numbers in Philly, 30 and 39, evened the series but induced a Russell-led Celtic lockdown that limited Wilt to one first-half field goal in a Game Three win. 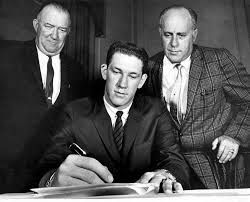 The battle-tested Bostonians seemed in firm control with a five-point lead, 39 seconds remaining, and the NBA’s three-point field goal still 13 seasons away. Even after two Wilt free throws, a Celtic 24-second violation, and an essentially undefended Dipper Dunk, a 110-109 advantage and possession with five seconds to go looked safe…until Russell’s inbound pass struck an overhanging wire.

Greer passed the ball in and was to take the final shot behind a Luke Jackson screen.

But John Havlicek essentially dove and deflected that pass, Sam Jones dribbled out the clock, and Red’s dynasty rolled on.

Walter Brown would have loved this finish.