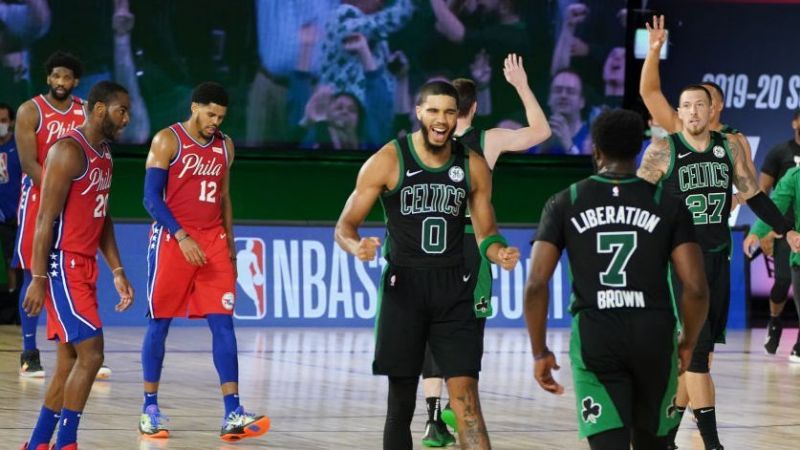 Sweeping the Philadelphia 76ers Sunday afternoon not only brings the Boston Celtics closer to lifting banner 18 but it reinforces the legacies of young, up-and-coming superstars, Jayson Tatum and Jaylen Brown.

As if a sweep against their Eastern Conference rivals wasn't sweet enough, (and let’s be honest, upsetting Joel Embiid and the city of Philadelphia is always rich) let’s not underlook what is unfolding before our eyes.

Jayson Tatum averaged 27 points, 9 rebounds, while shooting 45% from beyond the arc against Philly. Teammate Jaylen Brown averaged 21 points and was 91% from the free throw line throughout the series. The opponent persistently fought back (well, sort of) but the quick exit of Joel Embiid’s 76ers was assisted by the performances of Jayson Tatum and Jaylen Brown, also known as “The Jays”.

For the last three years, there has been talk throughout the league of a scary emergence coming out of Boston. Jayson Tatum, 22, and Jaylen Brown, 23, have been playing together at TD Garden since the 17-18 season. While creating ripples in the NBA regular season, their impact hasn’t stopped at the 82 games like it does for most rookies and sophomores.

These guys have a resume of competing in the playoffs ever since they made it to the pros (Brown, being a year older, also contended in the 16-17 playoffs). The big playoff stage would be nerve-racking for some, but it seems to be where Jayson and Jaylen thrive the most. The spotlight has molded them into a two-headed beast with a playoff maturity.

Tatum and Brown are doing things that have never been done before in Celtic playoff history. Jayson is prospering to be the Celtics future number one guy now more than ever. He racked up a playoff career-high 33 points and 8 3PM in Game 2 and a career-high 15 rebounds in Game 4. 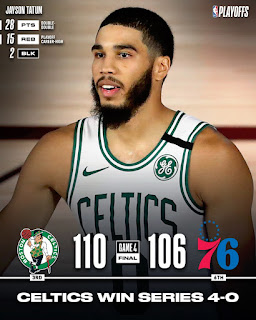 That isn’t shading Jaylen by no means. On days where Jayson doesn’t quite have the “JT” factor, Boston’s lucky number 7 seems to balance out the brilliance. In Game 3, Brown dropped 21 points, dished 3 assists, racked up 7 boards and went 8-9 at the line.

While we can’t wait any longer to see the battle with the Toronto Raptors on August 27th, we should take a moment and take in what we’ve been experiencing night in and night out. The city of Boston is known for its championships, and most of the time it is led by a couple young guys. From Esposito and Orr, Ramirez and Ortiz, to Bird and McHale. When the future is that young, as it is skilled, the future is bright in Boston. Must also be tradition to know that winning is always more fun with your pal.

Jayson Tatum and Jaylen Brown are the first pair of @celtics teammates both 23 or younger with 25 points in the same playoff game pic.twitter.com/2FLvMOvtJH