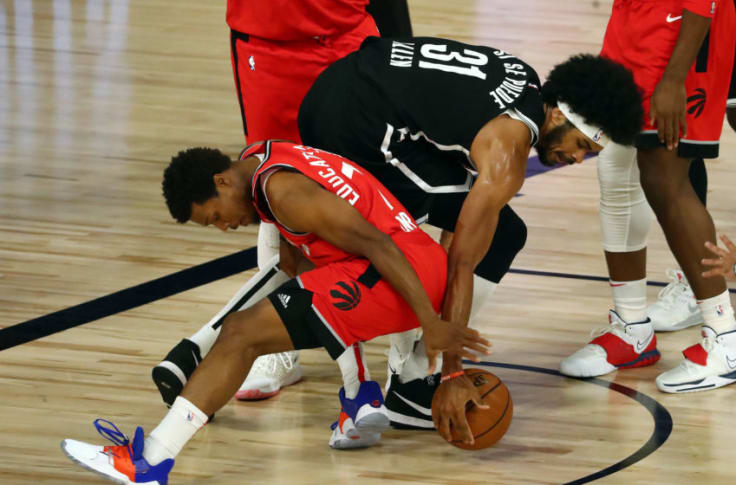 The Raptors say Kyle Lowry has a sprained left ankle ... with no specific timetable released yet on his status as Thursday's Game 1 against Boston approaches

The Raptors say guard Kyle Lowry has a left ankle sprain. Lowry underwent an MRI on the NBA Campus in Orlando after the injury, which occurred in the first quarter of Sunday evening’s game.

It goes without saying that obviously Kyle Lowry's status for the series is a major story. I'm sure we'll here more news on the All-Star point guard's status by tomorrow. Lowry sustained the injury during Game 4 of the Raptors sweep of the Nets yesterday.