Could the Celtics and Raptors really boycott playoff series? 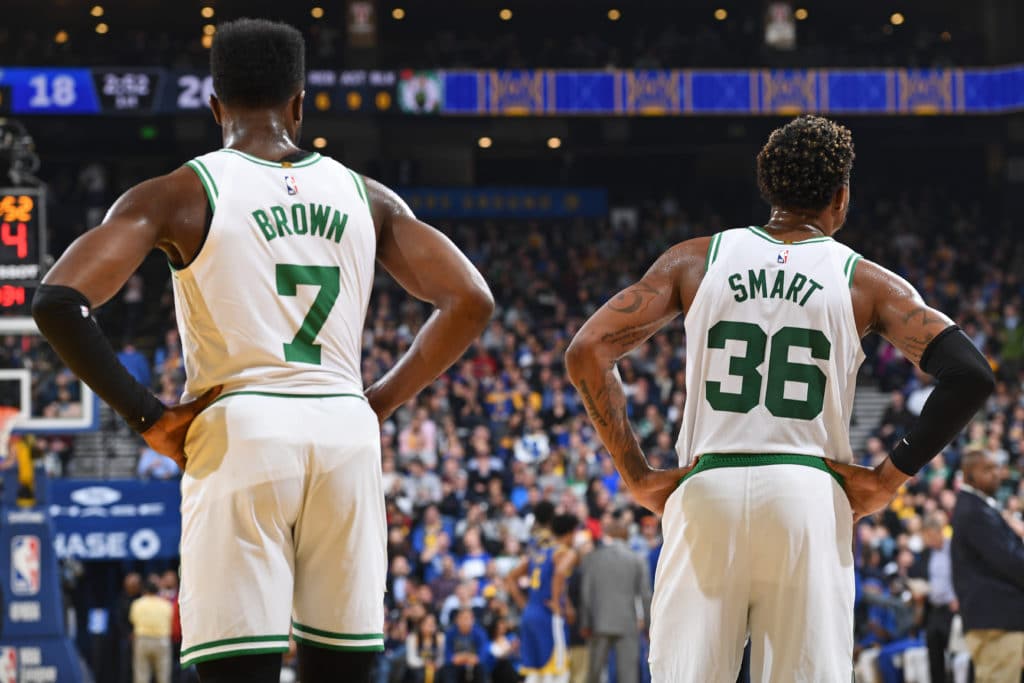 Both the Boston Celtics and the Toronto Raptors have reportedly held team meetings following the he shooting of Jacob Blake in Kenosha, Wisconsin. The two Celtics that spoke today most passionately on the topic were Marcus Smart and Jaylen Brown.

The Boston Celtics and Toronto Raptors have discussed boycotting the start of their playoff series to protest the police shooting of a Black man in Wisconsin, players have said.

ESPN reported Tuesday that the Raptors had held a team meeting to discuss how they would respond and has considered not playing in Game 1 against the Celtics. ESPN added that head coach Brad Stevens had said Boston had a similar team meeting.

Smart said sitting out the first game of the second-round series was an option Boston had discussed.

"There's definitely been talks and chatter. Nothing's written in stone, everybody's kind of gave suggestions of what they would like. Boycotting is one of those," Smart said. "We're just trying to work to see how we can really use our voice and our platform to make more of an effort to get something done."

"In a sense, I feel very helpless. In the bubble, I feel like I want to do more. I feel like I should be out there protesting," [Jaylen] Brown added.

While one can't say for sure if the talk of boycotting a game or even the series is a realistic option, I don't think it would be a situation where one team boycotts and the other team then wins that game or games. I think it would either be both teams or neither. Also, I have a hard time imagining the NBA punishing players regarding this matter. If I had to guess, I'd strongly expect the Celtics and Raptors to face off on Thursday.

On the other hand, I think there is at least a possibility that Jaylen Brown could leave the bubble to protest. Again, I wouldn't put it as likely, but I'd say it's much more likely than either the Raptors or Celtics getting knocked out of the playoffs due to a boycott.

Celtics coach Brad Stevens on potential for players to boycott games: “We support everyone 110 percent. This is not easy. … It’s totally up to the individual and we’re here to support that."