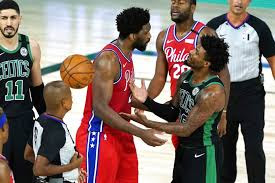 One of the simplest yet most reliable “tools” for assessing a basketball game is the old “Two-out-of-Three Rule” regarding FG shooting, Total Rebounds and Total Turnovers – the team with a numerical edge in at least two of those three categories is expected to win (and tends to do so in four out of five games).

In the C’s aborted 64-game normal season, the standard held true 50 times while proving to be wrong on just eight occasions, a rather impressive 86 percent rate of accuracy. [In six games, one stat was even while the teams split the other two.]

Monday’s Game One Boston victory was one of the 14-percenters – the 76ers shot better and retrieved more missed shots … yet managed to find a way to lose.

“Climb on My Back, Boys”

Current Celtic radioman Cedric Maxwell famously uttered those words to his teammates – a group that included a handful of HOFers-to-be, mind you – prior to taking the parquet for Game Seven of the 1984 NBA Finals. 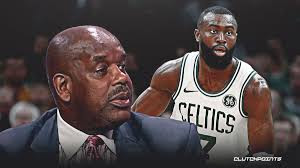 The outcome of many an NBA playoff game boils down to which player imposes his “We ain’t losin’ today!” willpower on the contest. An Abdul-Jabbar, Jordan, Bird or Russell was single-handedly good for a win or two in any series regardless to opponent.

When Brad Stevens’s young team pushed LBJ’s Cavs to a seventh game two seasons ago, the absence of THAT player was clearly and painfully obvious. 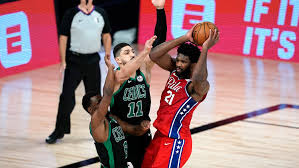 I’m not really sure how to feel about this win. From one perspective, it seems as if they made it tougher than it needed to be – the close-outs to Q2 and Q3 were brutal.

But I’m encouraged that they didn’t let this one slip away. The flagrant foul, perhaps enhanced by Brown’s “sell” job, was vital … if Horford had more aggressively “wrapped up” JB and kept him from falling to the floor, would the infraction still have been ruled flagrant?

Nearly half (21 out of 45) of the personal fouls whistled in this game were charged to post players.

Maxwell claims that “Climb on my back, boys!” isn’t exactly what he said in that famous locker room moment, but rather the non-profane version deemed acceptable for public dispensation.