Perkins dares Irving to put his money where his mouth is and retire; Durant calls Perk a "sell out"

Things are getting ugly in the feud of two former Celtics Kendrick Perkins and Kyrie Irving. First this morning Perkins doubled down and dared Irving to walk away from the game like WNBA superstar Maya Moore did to fight for her cause.


Kyrie talking about he’s “Willing” to give it all up....don’t be Willing, Do It!!! Retire today and take this on full time then Kyrie. Maya Moore walked away from the Game of basketball and took action in something that she believed in. pic.twitter.com/nkjBy8Z5MR
— Kendrick Perkins (@KendrickPerkins) June 15, 2020

Then later today Kevin Durant replied to an instagram post on Perkins' comments by calling him a sell out. 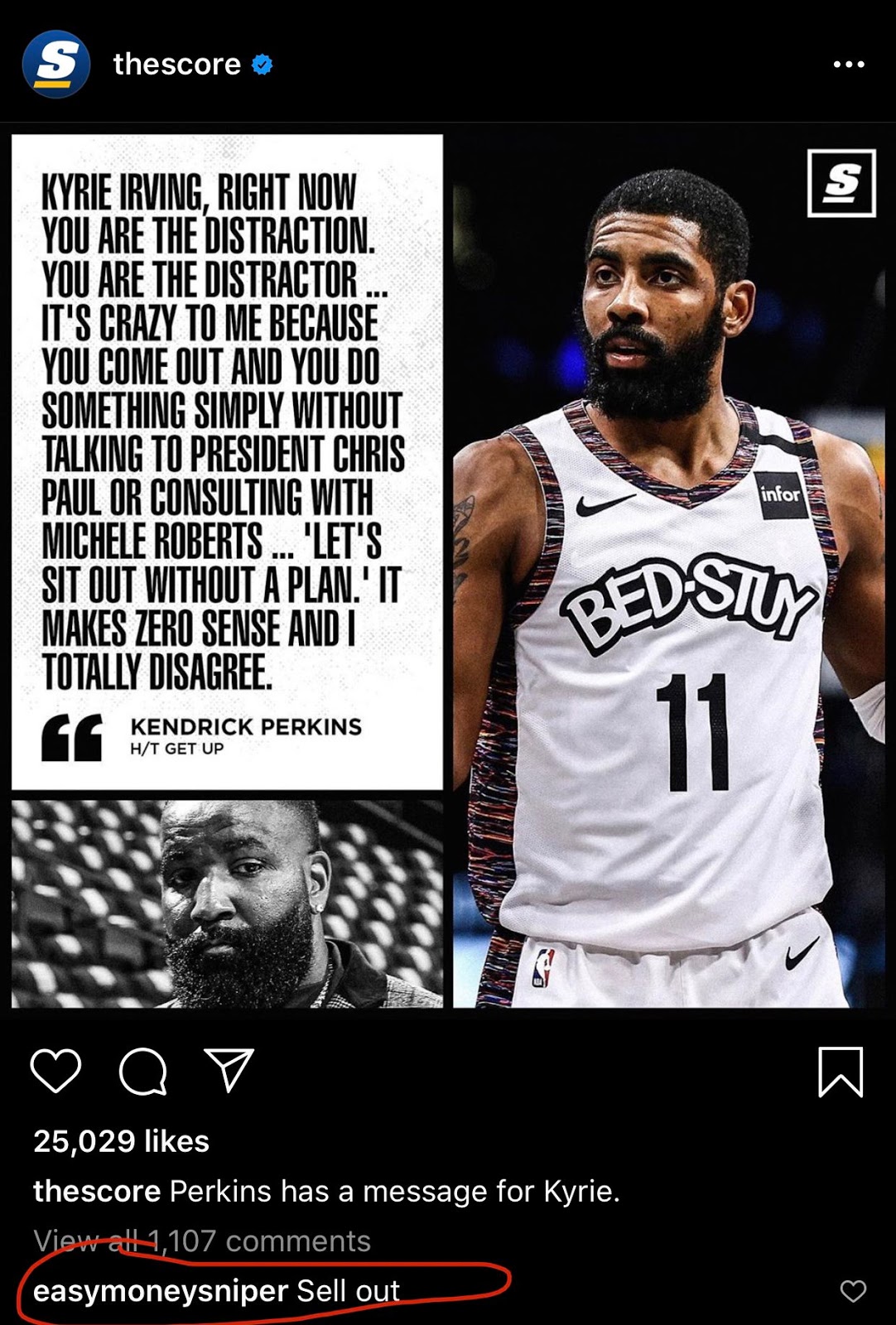 Perkins was a teammate of Durant's in Oklahoma City and Irving's in Cleveland. Perk calls things how he sees them and would be one of the last people who should be called a sell out, which is often considered the worst pejorative a black person can call another. Extremely weak move on Durant's part.