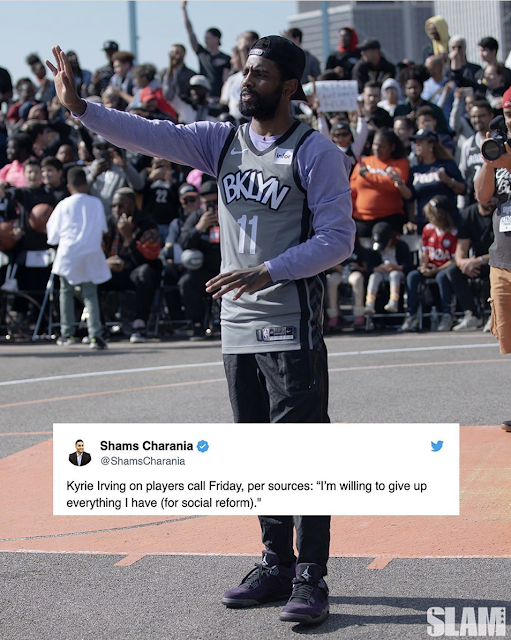 Despite the Kyrie Irving led charge to prevent the restart of NBA season,the return-to-play plan is still set to proceed. Former Irving teammate Kendrick Perkins wonders though if Kyrie's intentions are 100% genuine. Irving is out for the season and asked for permission to join the NBA bubble. After he was denied, Perkins claims that Irving changed his tune and started calling for the boycott.