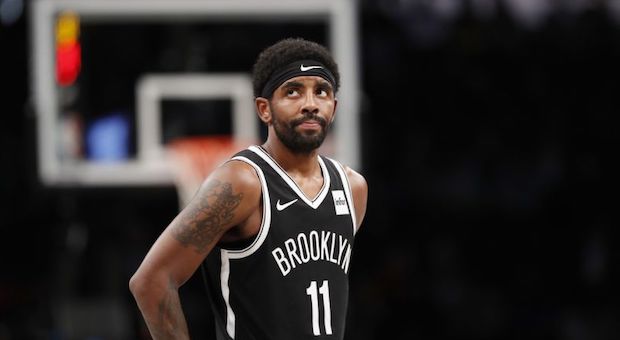 After nearly 100 NBA players participated in a Friday night call, in which Brooklyn Nets guard and NBPA vice president Kyrie Irving made a case against resuming the season in Orlando, Florida, in late July, Roberts said players have spent the weekend considering how the league's return might affect the Black Lives Matter movement.

"It's not a question of play or not play," Roberts told ESPN. "It's a question of, does playing again harm a movement that we absolutely, unequivocally embrace? And then whether our play can, in fact, highlight, encourage and enhance this movement.


A little bit confusing because the report by Ramona Shelburne and Adrian Wojnarowski at one point says that Kyrie Irving made a case against restarting the season, but then Roberts says "It's not a question of play or not play." Guessing the Irving led charge didn't gain too much steam with other prominent high profile veterans, most notably former Irving teammate LeBron James definitely wanting to start back up and go for a title, get paid, etc.

It should be noted that Irving is out for the season and fellow Nets star Kevin Durant while healthy, has decided not to return this summer and to wait until next season to resume playing in games. Another former Celtics guard, Avery Bradley, has also been a prominent voice by the side of Irving.

ESPN seems pretty adamant that while some players may sit out for health or family reasons it won't be a significant amount.

ESPN's reporting with players, agents, the NBPA and league officials over the weekend found no indication that the NBA's return is in jeopardy -- or that there's even a significant group of players ready to sit out.


With all that said, the latest news on the coronavirus crises hasn't been that optimistic, so there could still be an eleventh hour cancellation to the season. Everything remains fluid during these times.