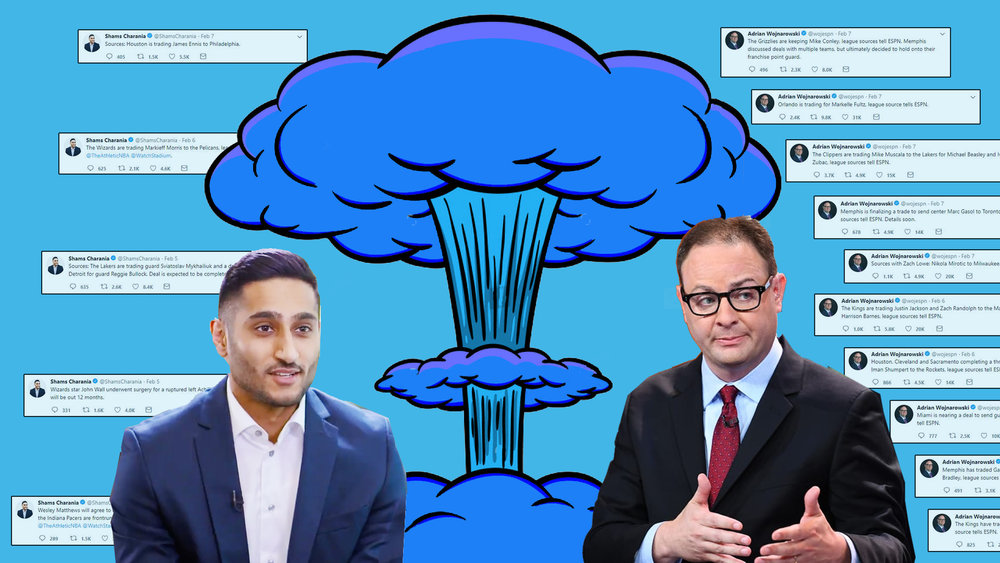 Shams and Woj are dueling it out on Twitter tonight. Woj seems pretty confident that there is optimism that the season will resume. Shams on the other hand is reporting that a decision will be made one way or the other in 2 to 4 weeks.

National Basketball Players Association regional representatives started texting NBA players today with a 'yes or no' question it says will be kept confidential: Do you want to try and play again this season? The union's trying to gauge broader sentiment of its 400-plus players.
— Adrian Wojnarowski (@wojespn) May 12, 2020

Sources: In discussion with BOG/owners, Silver used the term "campus environment" when referencing what's been called a bubble. Call included significant detail on how other pro sports/leagues -- here and abroad -- are working toward their returns. https://t.co/eVIiZlVxeN
— Adrian Wojnarowski (@wojespn) May 13, 2020

Among factors league's studying in ramp-up to final decision: Understanding trajectory of new cases, understanding who's getting severely ill and why, developments in testing and how other sports are handling positive tests among participants and continuing to play, sources say. https://t.co/tkbh9poiQD
— Adrian Wojnarowski (@wojespn) May 13, 2020

Once the NBA formalizes a return to play, the league indicated to teams that the plan would be to standardize coronavirus testing among the 30 teams, sources said.
The National Basketball Players Association has released a statement to @TheAthleticNBA @Stadium: “The NBPA is not engaging in and has not authorized any formal poll of its players.”
— Shams Charania (@ShamsCharania) May 12, 2020


Sources: The NBPA has sent a memo to agents stating sense is players and NBA both want to finish the 2019-20 season -- and informed reps of the players listed below serving on new committee working with the league on potential plans. https://t.co/fKC0hFiE1M
— Shams Charania (@ShamsCharania) May 13, 2020

NBA and Adam Silver targeting a season decision in 2-to-4 weeks comes after Silver told players Friday it can go into June. Now -- for first time since the coronavirus stoppage started on March 11 -- a specific timeframe. https://t.co/TArbVNpxCZ
— Shams Charania (@ShamsCharania) May 13, 2020

As you can see kind of conflicting reports: There was a poll. No there wasn't a formal poll. Oh you said no "formal" poll. Maybe it was informal? There's optimism and here are the next steps. The season could be canceled in 2 to 4 weeks.

Keep in mind Adam Silver has previously said the NBA won't resume unless they can test everyone and they won't test everyone until there are enough tests for the general public as well. Sooooo let's hope in the next 2 to 4 weeks, the United States increases it's testing capabilities, so that truly anyone who wants a test can get a test.