Too Much Game for Just One Number? 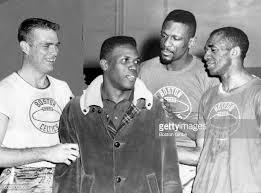 While the numbers 15 and 25 have been hanging honorably from the rafters of the Boston Celtics’ home gym now for more than half a century, it appears that Tom Heinsohn and K.C. Jones – the only retired Celtics who would subsequently go on to coach the team to a title (two apiece and exactly a decade apart, ironically) – are the sole members of the C’s Hall of Honor to have briefly worn an alternative uniform number … though not briefly enough to avoid the notice of the good folk over at basketball-reference.com. 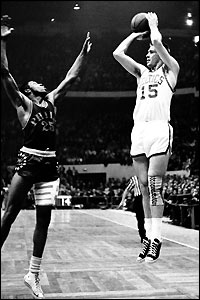 And Heinsohn’s situation the following season is a bit head-scratching … Tom is alleged to have donned No. 20 – even though that number appears to have been assigned to rookie Gene Gaurilia for that 1959-60 campaign.

Tommy-gun was the franchise’s sixth No. 15 – including George Mikan’s brother Ed at one point … and one of a whopping 28 Celtics who’ve sported No. 20 (which has rarely been idle, all but two Boston Celtic championship squads having included a No. 20).

Though hardly as common as it is in today’s market-driven NBA world, there would be changes in a player’s uniform from time to time, for reason’s ranging from simple superstition to prestige (No. 10, for example, seemed to be reserved around the league for elite point guards). 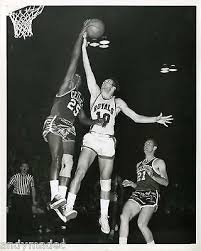 During their 17 championship seasons, the Celtics rostered 107 different players, of whom eight were either dealt away or were “cup-of-coffee” short-termers – remember Sly Williams’s brief stint with Bird and the ’86 crew, I’ll understand if you don’t.

That leaves 99 ballplayers to be credited for the championship legacy of our dynastic franchise – from the legends like Cowens and the Cooz to the role-players and “spirit guys” like Loscutoff or Carr.

Among these 99 champions, there are five players who (a) won exactly two championships with the C’s, AND (b) were wearing a different uniform number the second time around.

Can you identify any of these guys – let me offer a “hint” or two. 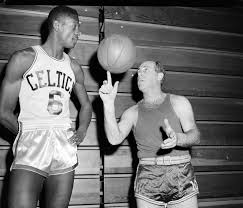 One of the “cup-of-coffee short-termers” eliminated from the field of Celtic champions, ironically, was the player selected ahead of Bill Russell in the 1956 NBA Draft.

This player was acquired (for a fifth-round draft choice) as Coach Auerbach’s final season was kicking off, and he played in only 10 pre-Thanksgiving games … the final games in the career of Sihugo Green (he wore No. 28, in case you were curious).