The big reveal from episode 9 of Jordan's "The Last Dance" ( SPOILER ALERT ) was that his famous 1997 Finals "flu game" was actually a bout with food poisoning.  To be specific, Jordan and his crew accused a late-night, pre-Game 5 pizza order of being spiked.
Jordan and the entourage claims the pizza arrived under suspicious circumstances (delivered by five snoopy guys, they said), and that His Airness did not share a single slice (Jordan spat on the whole pizza, it was claimed later) -- and gobbled the entire order up.
The result?  A nasty 2:30 am awakening marked by nausea, throw up, and a helpless, curled-up-on-the-floor MJ.  Later that day, he famously played through this "flu" to register 38 points, 7 rebounds, 5 assists, 3 steals and 1 block in leading Chicago to a decisive 90-88 win over Utah.
This seems like an amazing anecdote from Jordan's glory days, but what's the point?  Why tell it now?  Does 'food poisoning' level up 'the flu' and make his Game 5 feat even more amazing than it already is?  The truth about the spiked pizza is certainly in dispute by no less than the pizza maker himself (a Bulls fan), so what actually went down?  Maybe the ever-spiteful Jordan just used this moment in "The Last Dance" to throw shade at the City of Utah, more than 20 years following their Finals battles.  Who knows?
What we do know is that an order of "bad pizza" led to a terrific game, and subsequently, a championship ring.  So following that thinking... who wants a slice?  :-) 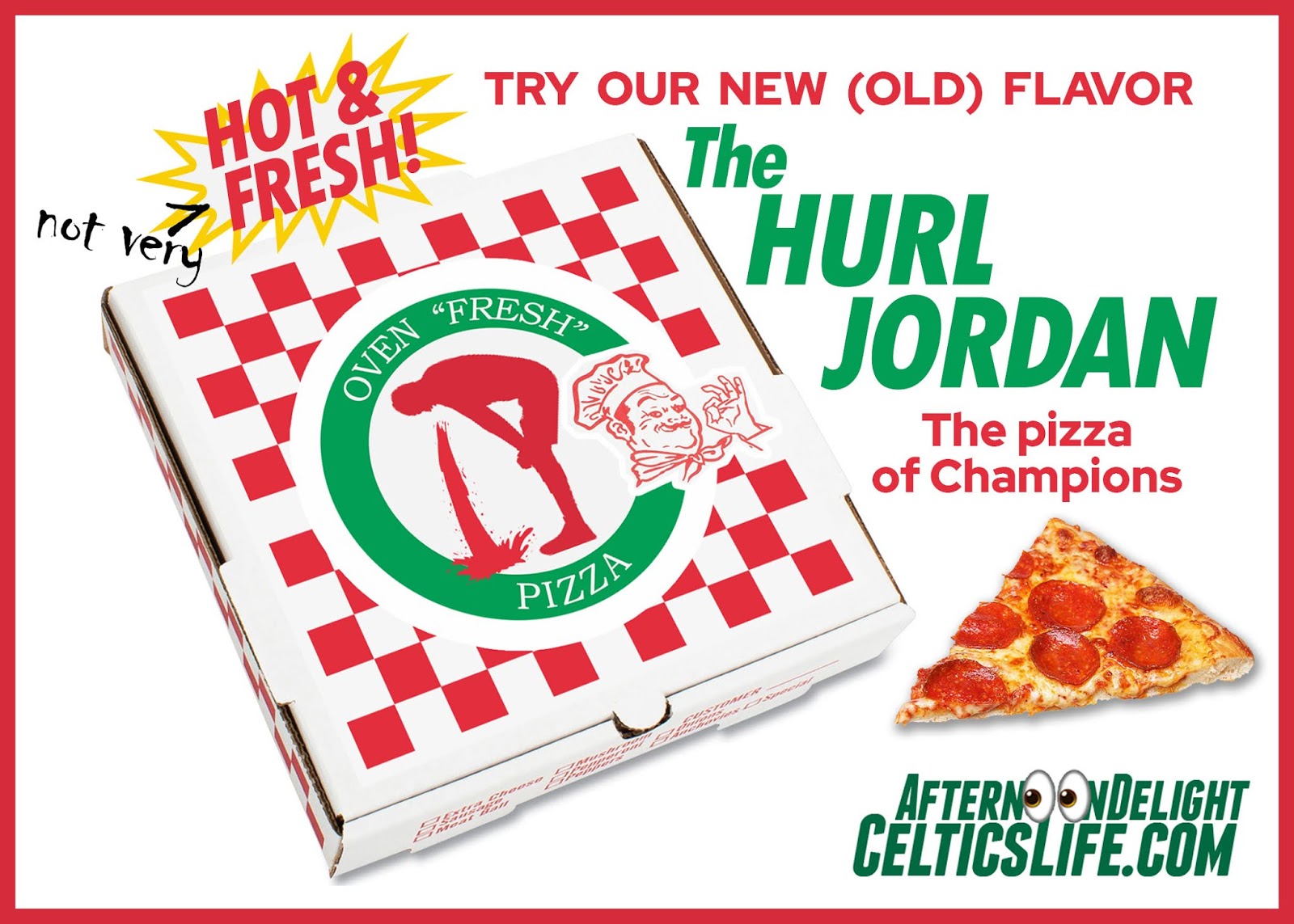