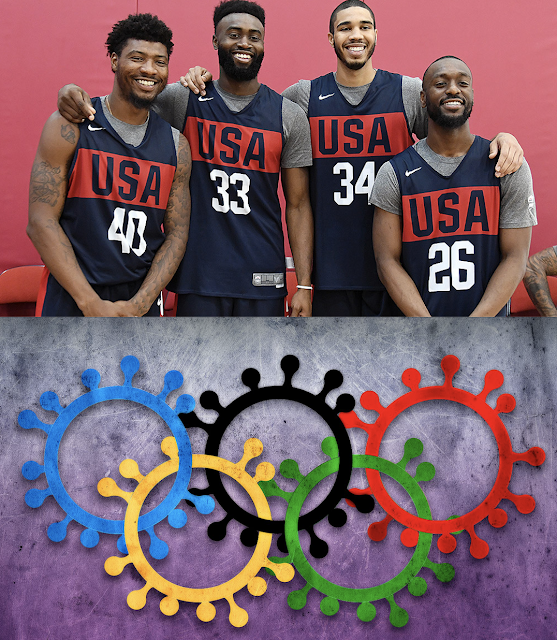 While sports were shutting down left and right, the Olympics continued to say the summer games were still on as scheduled for some odd reason. Finally yesterday the Japan Prime Minister Shinzo Abe and International Olympic Committee president Thomas Bach officially postponed the games. The plan is for the Olympics to now take place during the summer of 2021.

Five Celtics were among the forty-four players on the preliminary roster for the 2020 Olympics. Who knows who will be on the 2021 roster. My guess is if the NBA is able to finish this 2019-20 season late and then start the next season late, it will also run late and/or have more back-to-back games (Sensing a "late" theme?). I could see a lot of star players then using that Olympic summer time to rest after a pretty hectic previous 15 months or so. So expect a pretty young USA basketball squad in 2021.

Now if the NBA permanently moves their opening nights to around Christmas time (which they have discussed some), then players would have some time off after the summer games. Obviously this is all speculation. First we must flatten the curve and defeat this deadly virus.