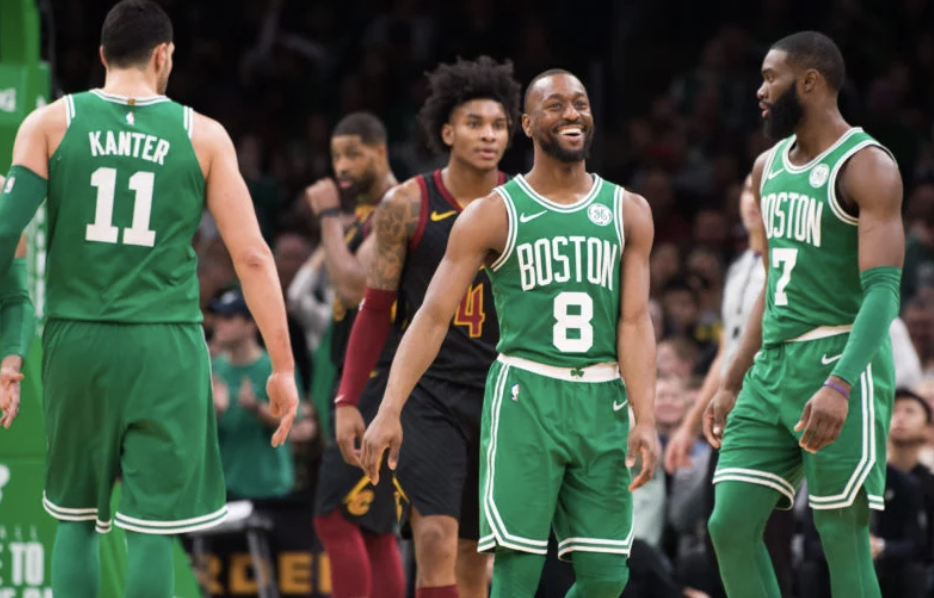 Obviously the NBA season was suspended last week, so a lot can change, but as of this posting, the Celtics are considered a top-5 NBA title contender when the season resumes.

When Kyrie Irving was replaced at point guard by Kemba Walker, the Boston Celtics’ championship odds got worse. Pundits and oddsmakers viewed the move as a downgrade, and the rest of the Celtics’ roster was considered too young and too inexperienced to be championship-caliber.

On opening night, Boston’s 2020 title futures were a pessimistic +2500, according to the NBA Championship odds tracker at sportsbettingdime.com. That was only seventh-best in the league, and third in the Eastern Conference.

But the Celtics have proved doubters wrong.

Kemba was named a starter in the 2020 All-Star game, joined on the roster by budding superstar Jayson Tatum. The pair has led the team to an exceptional 42-19 record. While that pales in comparison to the juggernaut Milwaukee Bucks at 53-9, Boston has already proven it can hang with Giannis Antetokounmpo and company.

The two teams have split their two meetings to date and have two more to come.

As of early March, Boston’s title odds had improved to +1200. In other words, oddsmakers believe they are about twice as likely to win the title now than they did at the start of the season.

The Bucks are the betting favorites at +250
With 21 games still to go in the regular season, those odds are going to shift before the playoffs arrive. Whether they get better or worse will depend on a few key outcomes.

If Boston falters and drops to the #4 seed, their odds are going to get considerably worse. Being in the #4 spot would not only mean a tougher first-round matchup with the dangerous Philadelphia 76ers (instead of the still-building Indiana Pacers, a team Boston bounced in four last year), it would also mean – in all likelihood – facing the Bucks in the second round.

If Boston hangs onto the #3 seed or moves up to #2, they would put off a meeting with the Bucks until Eastern Conference finals. They would also likely face the Toronto Raptors in the second round. Yes, they are the defending champions, but they no longer have Kawhi Leonard and Boston has gone 2-1 against the Raps this season (with one more meeting to go).

The Last Two Games Against the Bucks Will Be Telling

As mentioned, Milwaukee and Boston still have two late-season games to come: Thursday, March 12th, in Milwaukee and Sunday, April 5th, in Boston. Unless the Bucks are in cruise control and resting starters, the outcomes of those games will have an impact on the oddsmakers’ power ratings as the playoffs approach.

If Boston earns at least a split and looks like it is on Milwaukee’s general level, they should get a boost heading into the postseason. Don’t forget, as good as Milwaukee has been this year, this is still a team that has never been to an NBA Finals before. Recent NBA Champions have all featured the likes of LeBron James, Steph Curry, Kevin Durant, or Kawhi Leonard.

While none of those players are on the Celtics’ roster either, there isn’t a single one standing in Boston’s way of getting to the finals.

In other words, the Eastern Conference playoff field may be more wide open than the Milwaukee Bucks’ regular-season record suggest.