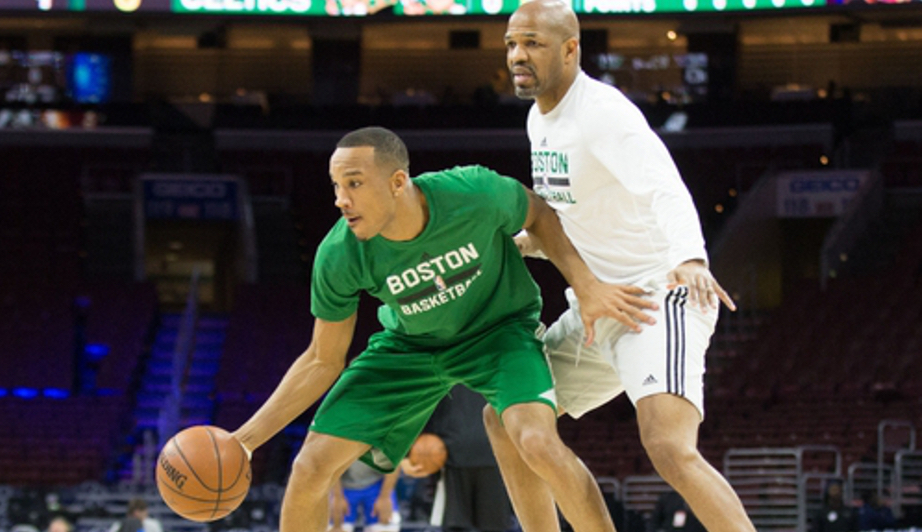 Celtics assistant coach since 2015 Jerome Allen has been hit with a 15-year show-cause penalty due to the bribery scandal at Penn.

Former Penn coach Jerome Allen was hit a 15-year show-cause penalty after he accepted $300,000 in bribes to get a wealthy Florida businessman’s son into the University of Pennsylvania.

The Quakers, out of the Ivy League, also were slapped by the NCAA with two years of probation, fined $5,000 and given recruiting punishments.

Allen was sentenced to probation and ordered to pay a fine last July in the college bribery case. Allen received a lenient sentence after testifying for prosecutors against Philip Esformes in a $1 billion Medicare fraud trial.


The 15 year penalty ties the longest show-cause penalty the NCAA has ever levied out. UNC Greensboro's women's assistant basketball coach Phil Collins received the same penalty last summer. Basically a show-cause penalty makes it much harder for a university to hire a coach. They basically have to petition the NCAA to explain why they should hire said coach instead of other options. Not sure of the success rate.

Doesn't seem like this investigation has hindered or will hinder Allen's tenure on Brad Stevens staff in Boston. And my guess is when Stevens tenure ends in Boston, Allen will just stick in the NBA.