Out with a broken hand, Curry claims he was recruiting Giannis to team up on a video game not the Warriors 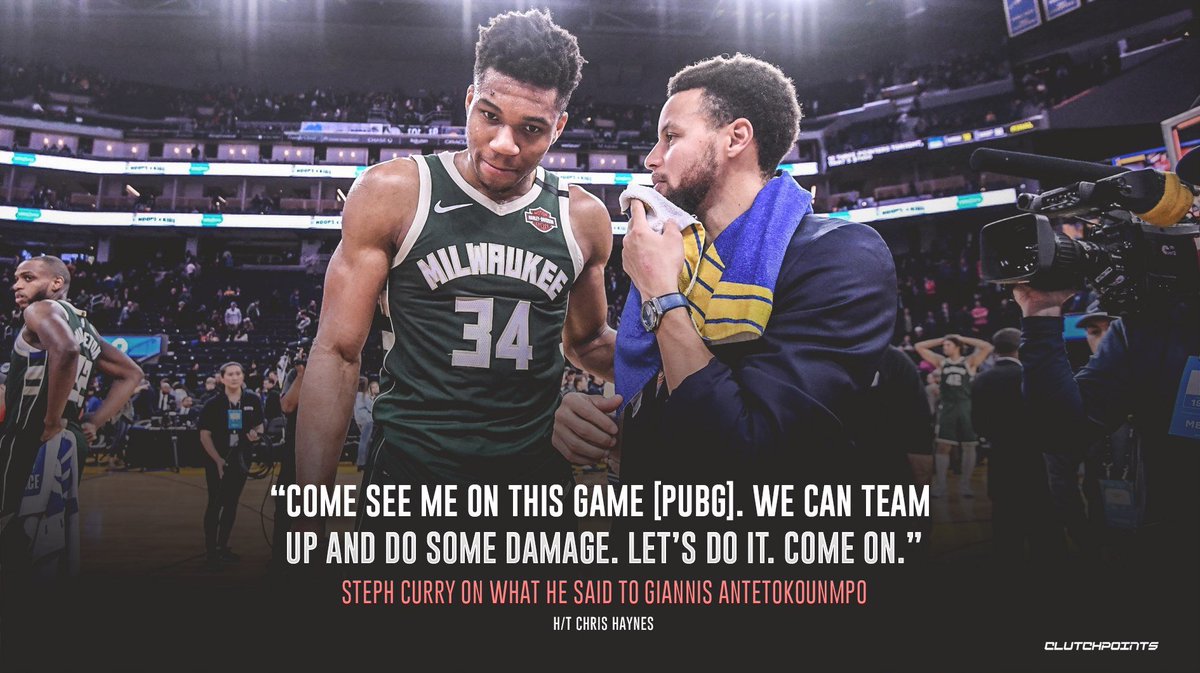 Fast forward less than a year to Wednesday night and to many eyes it appeared that Steph Curry was doing a little recruiting when he spoke to Giannis after the game. (Also not discussed, but funny was how Kris Middleton quickly broke it up.)

Now Curry could go the sensitive, angry route like Durant and Irving did and lash out at the media for suggesting they were discussing teaming up. That was an option. Instead he went with the we can team up and do some damage at video games route instead. I'm no medical expert, but unless your name is Dr. Gordon Hayward, I would think that video games wouldn't be your means to rehab your broken hand. But what do I know?

🚨 EXCLUSIVE 🚨
Steph Curry has informed @ChrisBHaynes WHAT he was telling Giannis.

It was about teaming up, just not in the NBA ... in PUBG. pic.twitter.com/LwEqvLFJnB
— Yahoo Sports (@YahooSports) January 9, 2020

Regardless, players are going to continue to recruit even though it's technically illegal and if Giannis Antetokounmpo decides he plans to leave the Bucks, Curry's Warriors will be one of the teams in play. A trade wouldn't happen until this summer at the earliest, but the Warriors would have their high lottery pick in this coming draft among other assets to trade. It would likely be a situation similar to the Anthony Davis one, where Giannis' agent, who also happens to be Curry's, basically says that Giannis is walking in 2021, so you might as well trade him to the Warriors now. Of note to Giannis' credit, he has never given any indication that he won't re-sign with the Bucks.

You'll also hear rumors about the Lakers and Knicks like always. Then their will be the Raptors due to his connection to Masai. The Heat will probably be in there too. The Rockets are always in the mix. Point is you're going to hear rumors of Giannis going to about a dozen other teams for a while now. That's the nature of the beast. And players will recruit him, whether it's legal or not. Sometimes they'll get caught with their hands in the cookie jar. But they can always say they were looking for their PS2 controller in said cookie jar.