Ben Simmons helped the home team win over the Nets 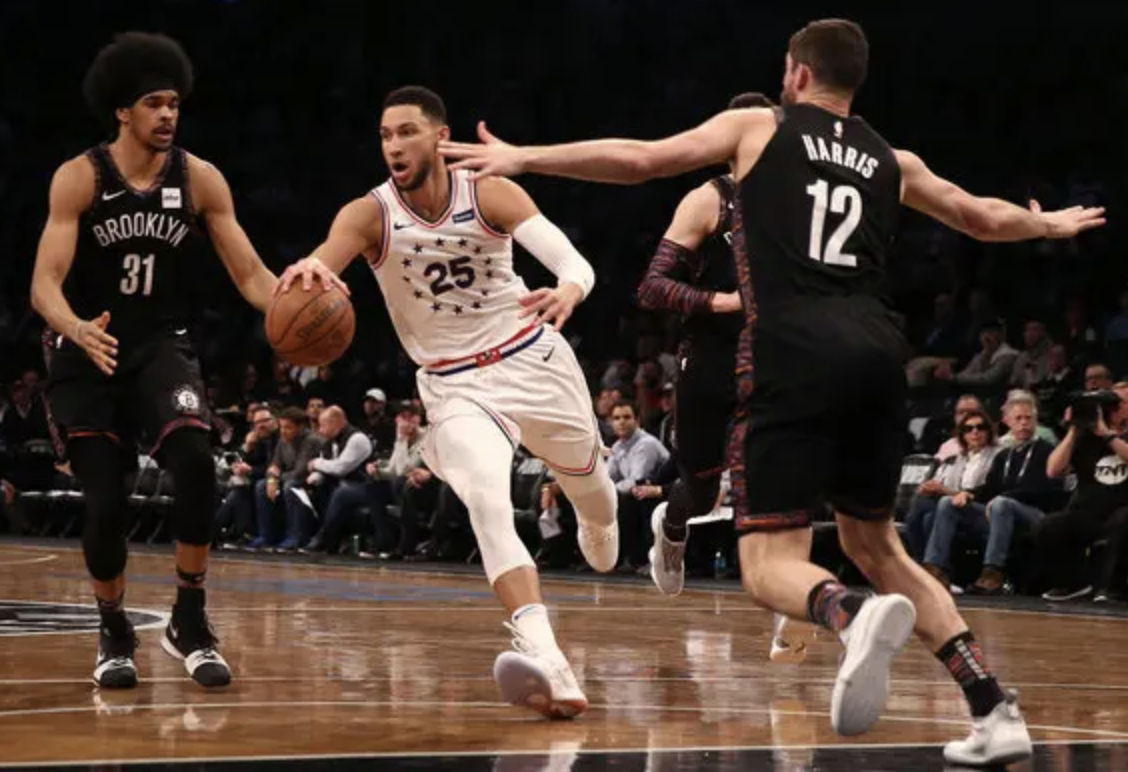 The Philadelphia 76ers won against the Brooklyn Nets with a score of 117-111 in a recent match.

Ben Simmons was voted "Player of the East" last week for his outstanding performances. It looks like Ben Simmons is continuing to aim for this week's best title. The 25th defender of Philadelphia 76ers had an amazing performance against the Brooklyn Nets.

Ben Simmons has given himself a triple-double record with 34 points, 12 rebounds and 12 assists (this is the highest performance of his career up to now). With this performance from Ben Simmons, the chief coach of the 76ers also had to give great compliments to him.

Having to prevent a defender with a height of over 2m like Ben Simmons seems to be a difficult problem for the Brooklyn Nets. Not only that, owning height and fitness advantages, Ben Simmons did not have much difficulty in filling in Joel Embiid's absence due to injury.

"The absence of Joel Embiid is very difficult in our tactics, but the team and I must try our best to get the best performance" - Ben Simmons shared.

Ben Simmons’ achievement is followed by Al Horford’s with 19 points for the 76ers. Meanwhile, Tobias Harris and Josh Richardson all has 15 points in the 4th consecutive victory of the team from the East.

Across the front line, Spencer Dinwiddie gave himself 22 points, leading the scoring list for the Brooklyn Nets. And in a day without Kyrie Irving, Brooklyn Nets could not make many surprises in front of the extremely uncomfortable visitors.

This is the 11th defeat in the last 13 matches of the Brooklyn Nets. As can be seen, the results of NBA matches are predictable if we have an accurate understanding of the teams and the matches. Many people have predicted the outcome of NBA match by taking part in NBA Title Odds.

It must be acknowledged that the Brooklyn Nets had 3 rounds of struggle to get every single point with the Philadelphia 76ers. The highlight of the change took place in the final round when the Brooklyn Nets got up to 10 turnovers, thereby creating the conditions for the opponent to take the lead.