Add Danilo Gallinari to the list of players the Celtics are reportedly interested in, but unlikely to trade for 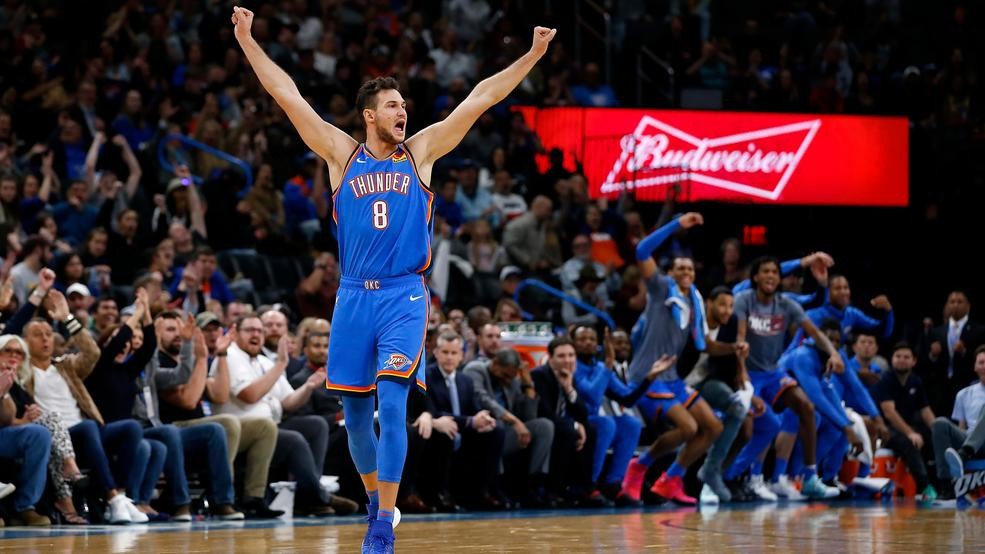 It's trade deadline rumor season and Ainge has already thrown some cold water on the odds of the Celtics making a trade, but add a new name to the list in Danilo Gallinari. The Thunder stretch 4 is attracting interest from several teams including your Boston Celtics who are "monitoring" the situation.

While Danilo Gallinari of the Oklahoma City Thunder isn't a power player, he's a legitimate scorer at 6'10", and he's another guy Boston has monitored, per an NBA source.

It's unclear if the Celtics are going to trigger a deal, but Drummond and Gallinari are not inexpensive players, and Boston isn't likely to afford both when landing one will take significant outgoing salary.

Gallinari is being pursued by several teams, including the Phoenix Suns and Toronto Raptors. He's in the final year of his contract at $22.6 million, and Boston would need to send out at least $17.6 million to match Gallinari's salary. But what about Gordon Hayward and Marcus Smart?

Boston can't get to the Gallinari number with its next four highest-paid players combined (Daniel Theis, Enes Kanter, Romeo Langford and Vincent Poirier).


Hard pass on trading either Hayward or Smart for Gallo. If you're going to trade Smart, you better make sure you're getting something great to offset the loss of all the defense and intangibles Smart provides. And Gallinari plays more of a position of need than Hayward, Gordon is the better player. Give me the team with the better players over the less talented team where the pieces might fit better. Sure the latter might overachieve, but they also don't have the chance to have championship aspirations.

Now if someone like Myles Turner became available, then sure, hate to see ya go, but it's been real Gordon. That's not happening before the deadline unfortunately. Can't see this Gallinari rumor having any legs.

Related: Celtics reportedly interested in trading for Andre Drummond
Ainge says he's not feeling the urgency to make a trade