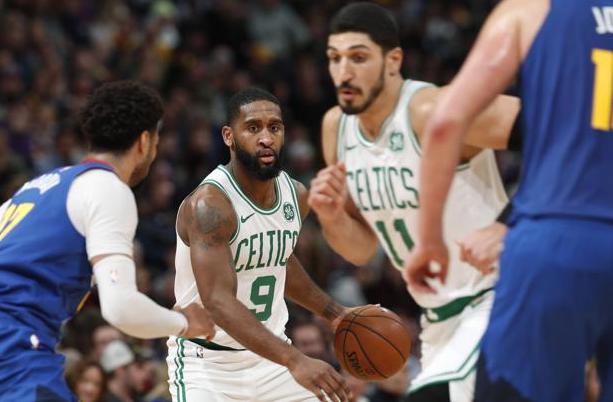 Seems like forever ago when July kicked off with a record number of NBA players changing teams. After July, the NBA trade landscape completely dried up. Yesterday though was an important date on the NBA calendar as now 123 players are available to be traded.

On the Boston front, restrictions have been lifted on the following five Celtics:

Kemba obviously isn't going anywhere, but if you add up the other contracts that's an extra $9.6 million for Danny Ainge to use in matching salaries in any trade for a much needed big. Let's be honest, Kanter, Poirier, Wanamaker and Green don't really have any trade value in and of themselves. But if you combine them with a draft pick or a young player that actually has value then all of a sudden you have a package that can actually get something.

It would have been nice if Ainge had actually signed a quality big man (Richaun Holmes says hello) instead of Kanter and Poirier, but that's water under the bridge now. Time to look to the trade market. Of course to acquire the big names, the Celtics would have to part with a Gordon Hayward or Marcus Smart. Hayward can be a free agent this summer, so he's more likely to go, but Smart will likley be in higher demand. The Memphis pick will probably be the most sought after Celtics asset.

Of course Danny could just ride with what he has and gamble on getting a useful big who's bought out. Maybe PJ Brown is still playing somewhere?

I'd be hesitant to trade the Memphis pick. The C's already gave away one of the Nets picks in the Kyrie Irving failed experiment that could have been used on Shai Gilgeous-Alexander. Then again based on Ainge's recent drafting resume at that part of the draft he might have passed on SGA and taken Jerome Robinson or someone like that. No one knows what direction Danny will go in, but just know that now that restrictions have been lifted, he's going to be even more active looking for trades.

Related: Should the Celtics trade for Kevin Love???