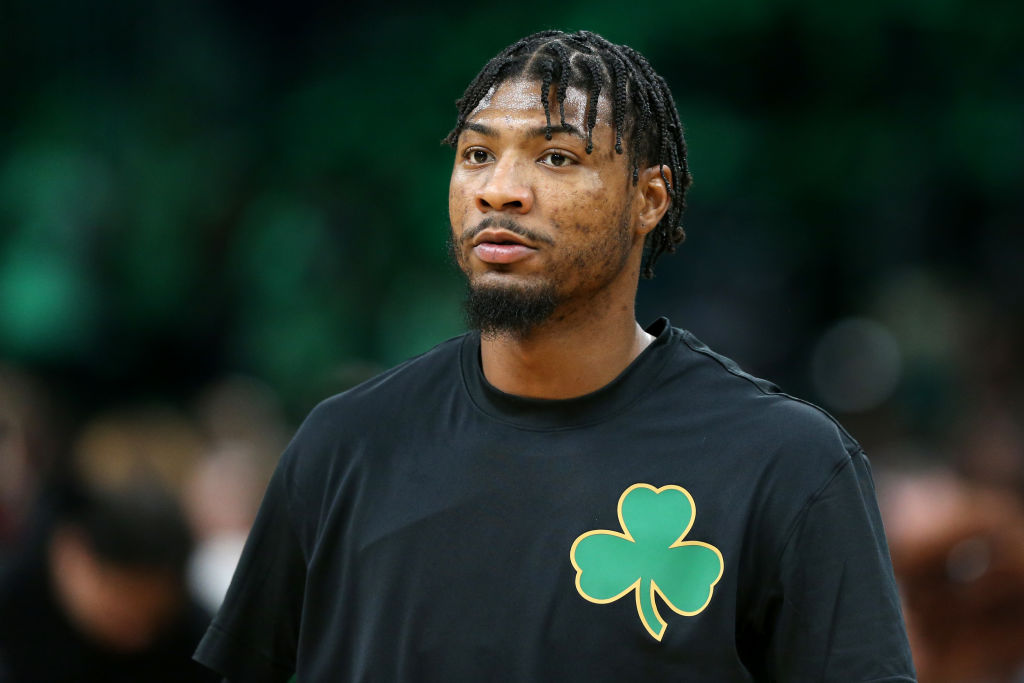 The Celtics can live with the loss of some offense, but one player who's absence is always felt is the team's defensive anchor Marcus Smart. Reportedly, Smart's eye infection hasn't improved, but has instead spread to both eyes.

This sounds pretty awful, but Stevens then in turn hinted Smart's return could be coming sometime soon.

Stevens gets a sense that it won't be that much longer before Smart is back on the floor after conversations Stevens had with the team's medical staff.

"This particular type of infection can be 7-10 days," Stevens recalls being told. "So we're at (day) seven now."

In Smart's absence the Celtics defeated the hapless Cavaliers, but followed that up with consecutive losses. The Celtics defensive rating is one of the best in the NBA with Smart, but one of the worst without him. Eat some carrots Marcus and heal up.