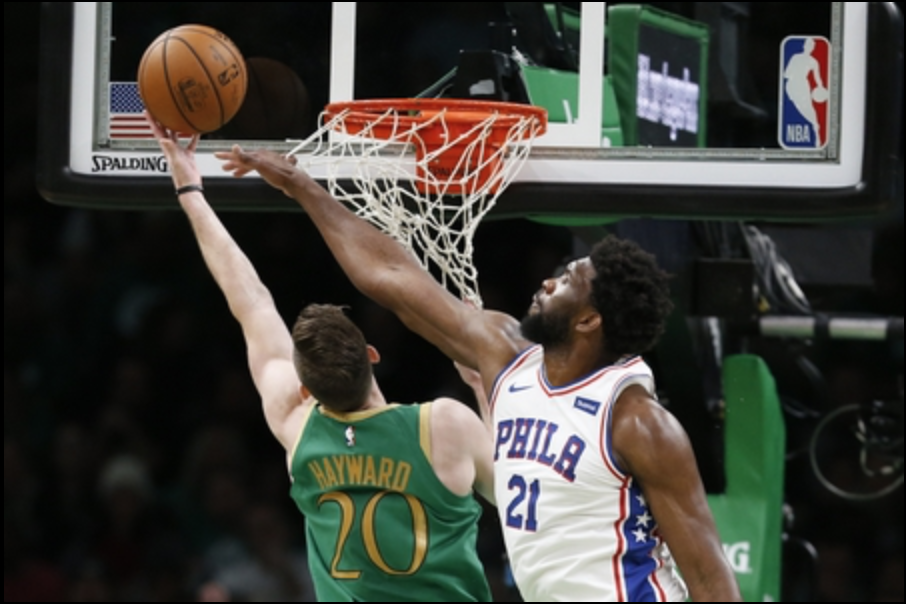 On the second night of a tough back-to-back, the Boston Celtics suffered their first home loss of the season 115-109 to the Eastern Conference rival Philadelphia 76ers. Joel Embiid (38 points, 13 rebounds, 6 assists) and Tobias Harris (23 points), proved to be too much for the C's on the interior. Kemba Walker paced Boston with 29 points and eight assists, while Enes Kanter added 20 points off the bench, and Jayson Tatum and Jaylen Brown combined for just 23 points on an abysmal 8-27 shooting.

Brad Stevens on whether back-to-back was a factor: "I don't want to do (talk about) that. I'd rather give Philly credit."

Quiet game from Jaylen Brown (8 pts on 3-for-9 FG). #Celtics needed more from him, Lost matchup with Josh Richardson.

Kemba Walker said the Celtics have some “bad” lapses: “We just have to learn how to win. ... it’s going to take everybody.” Said he loves the Celtics don’t come apart when adversity hits. 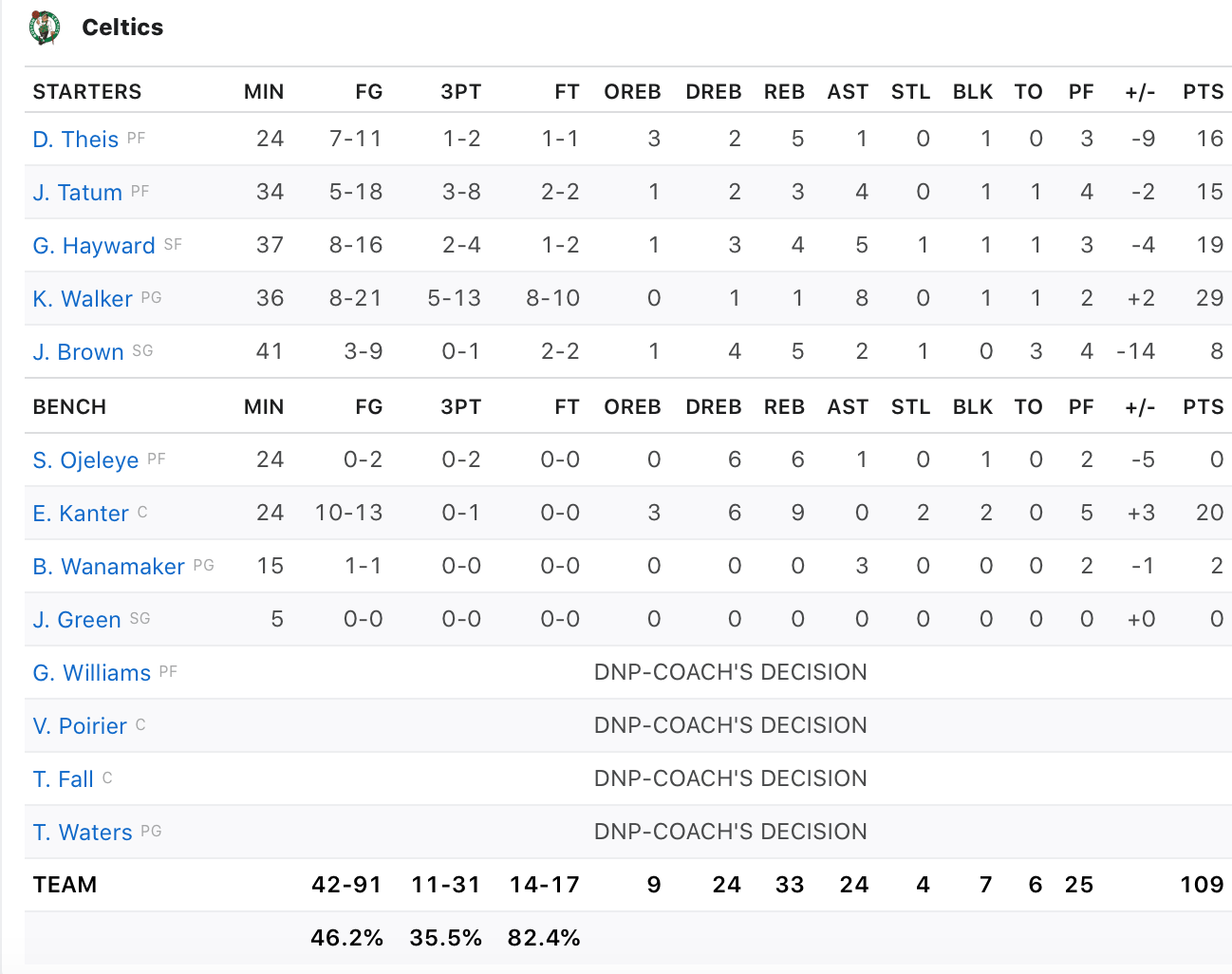 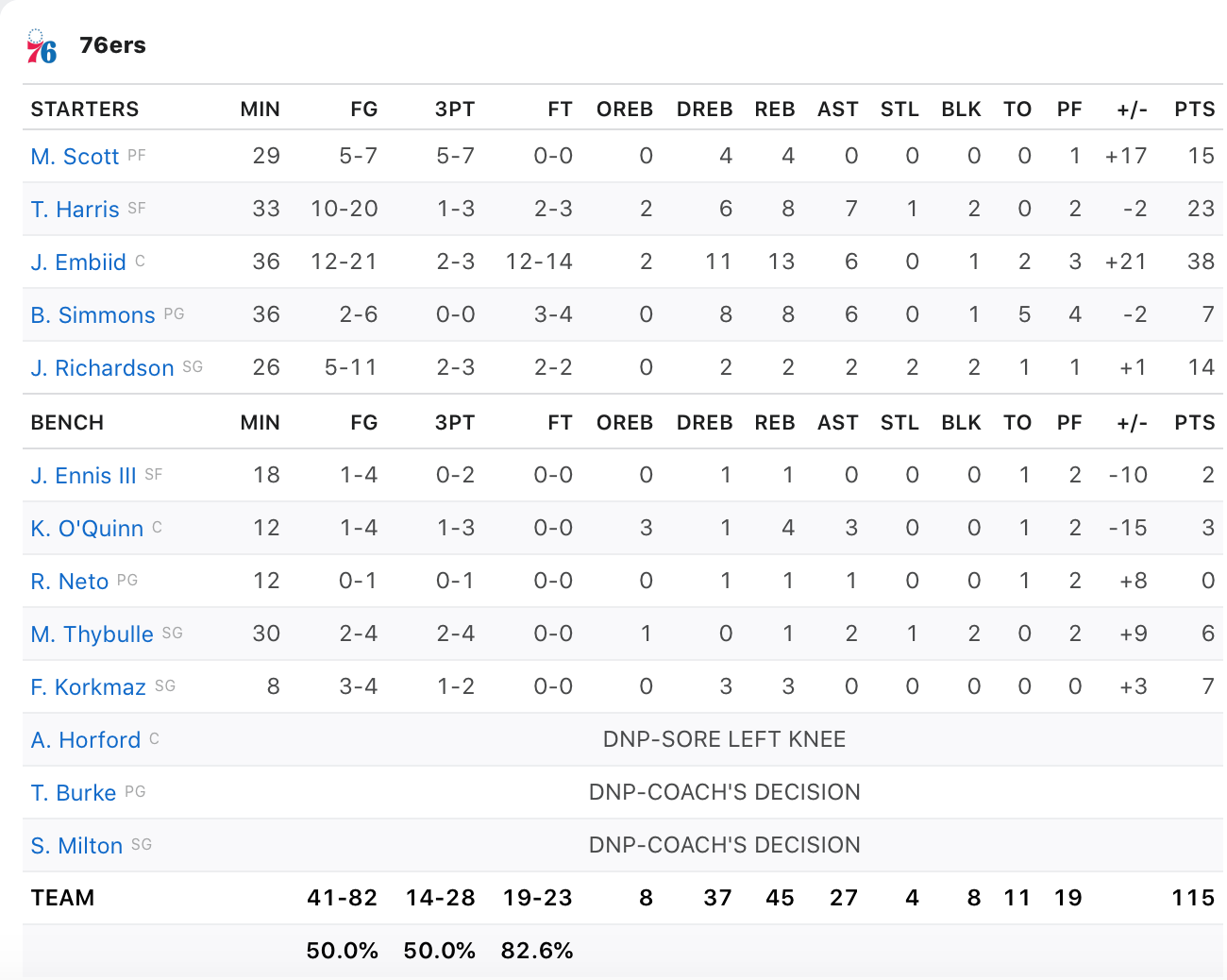 After two tough losses to Eastern Conference playoff teams, the Celtics will now have an unprecedented six days off to reassess and come back even stronger. This is the first real adversity the team has faced all season in terms of wins and losses, so it will be interesting to see how they respond.

Boston will be back in action on Wednesday, Dec. 18, on the road against Luka Doncic and the Dallas Mavericks.