The Boston Celtics thumped the Cleveland Cavaliers 110-88 to secure their undefeated record (10-0) at home. All five starters scored in double figures, and it took the C's just 60 percent effort to put away one of the worst teams in the league. Boston had their best shooting night from the floor as well, torching the hapless Cleland defense at a 57 percent clip. With a tough back-to-back later in the week, it was nice to have an easy win without too much concern or effort. 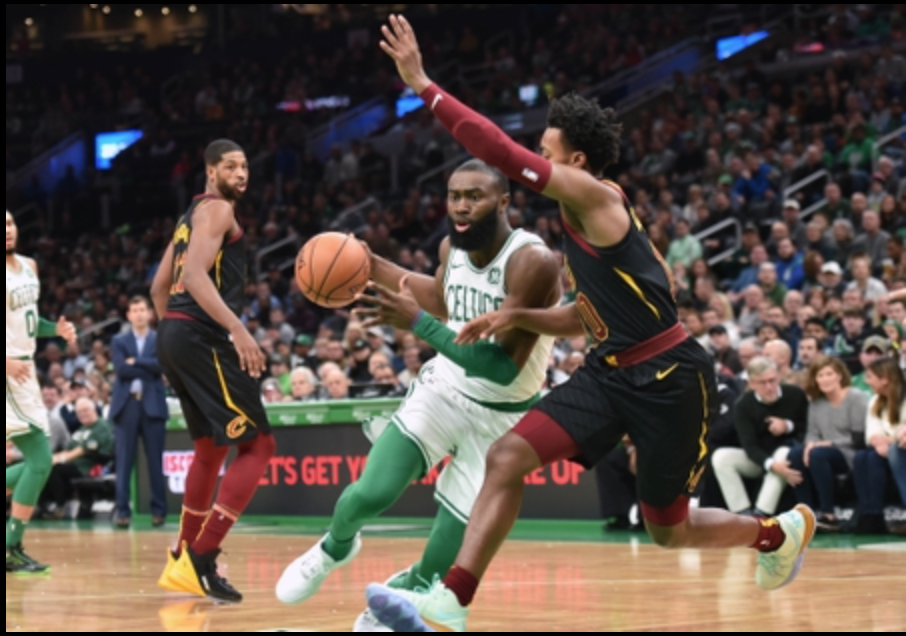 Before the game even start, Boston got some great news in regard to a highly anticipated return:

And what better way for Hayward to get back into the swing of things than a nice soft matchup against the lowly Cavs. Brown continued his phenomenal play, scoring a quick seven points in the first five minutes of the game. Cleveland sports a very small back court of Darius Garland and Colin Sexton, so Brown was able to pick on either one of them and bully them in the post. With just under seven minutes to play in the first, every Celtic starter had scored, and with relative ease.

JB for two and the foul 💪 pic.twitter.com/jzFfz5kPkx

It was against the Cavs, so that it with a grain of salt, but it was nice to see the C's get off to a hot start. Sluggish starts have become the norm with this team as of late, so when the Celtics shot 63 percent from the field and scored 29 points in the first, it was a welcome site. Before the hand injury, Hayward had been a huge part of getting the offense into a rhythm, and getting back to a full starting five had an immediate effect.

After a sizzling first quarter, the C's got a big careless on both ends of the floor. They got a bit sloppy with the ball on offense, which led to a few Cleveland breakouts, and also had a few missed defensive assignments that allowed the Cavs to keep the game within reach. Thompson was able to use the offensive glass, something he has punished Boston on over the years, to keep the Cavs within striking distance late into the second, but the talent of the C's won out in the long run and pushed the lead back out to 13 heading into the halftime break.

-Brown took an inadvertent elbow to the face from Kevin Love in the final seconds of the half, and walked straight back to the locker room after laying on the ground for a few seconds.

(Love was the one who concussed Robert Williams in Cleveland earlier in the year). pic.twitter.com/wHFRKKywZU

-Brown continues to be a reliable, efficient scorer. He finished the half with a game-high 14 points on 6-9 shooting.

-Semi Ojeleye, while not popping off the stat sheet with his numbers, has quietly been making his threes and contributing on both ends of the floor. He made his only shot of the half, a catch-and-shoot three from above the break, and showed great defensive awareness, which lead to four steals.

Boston, along with Brown, who showed no ill affects from the elbow at the end of the half, opened the third quarter on a 9-1 run to open up a 21-point lead. Five quick points from Tatum helped fuel the run, and he joined both Kemba and Brown in double figures.

All five Celtics starters are in double figures and have shot a collective 61.9 percent (26-of-42) from the field.

The Celtics pushed the lead out to as much at 27 points in the third, but the Cavs closed the quarter on a 12-0 run to get the lead back under 20. Cleveland was never really in play to make the game all that interesting, but it would have been nice to slam the door shut and let the starters get some rest ahead of a tough back-to-back later in the week.

On the bright side, Grant Williams did hit his first three of the regular season, so that was fun.

The Cavs, shockingly, got the lead down to as few as 12 early in the fourth quarter, but after being put back into the game to stem the tide, Kemba knocked down to threes to help put the game away. A slight scare, but in the end the Cavs were outmatched and outclassed.

Kemba has had enough of this nonsense.

The Celtics will be back in action on Wednesday, when they travel to take on the Indiana Pacers.