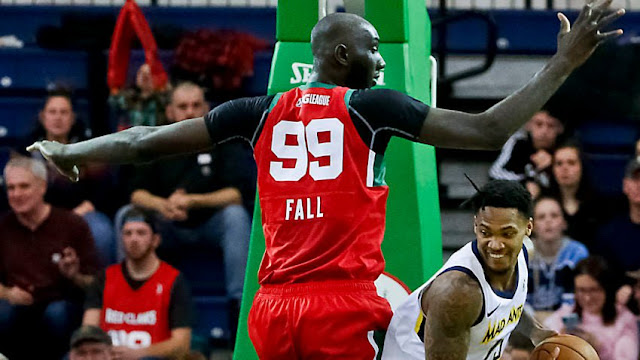 The Maine Red Claws are now 2-0 on the season after coming out victorious in their home opener on Friday night. In the first half of a basketball double feature on NBC Sports Boston, the Red Claws defeated the Fort Wayne Mad Ants 103-100.

Center Tacko Fall was the player of the game, notching a double-double with 16 points and 13 rebounds plus 6 blocks. Highlights:

Check out the highlights from @tackofall99's night in Maine 🌮 pic.twitter.com/2JYwCuuzpc

Celtics lottery pick Romeo Langford unfortunately suffered another setback during the game. After missing Summer League and playing limited minutes in the preseason while healing a torn ligament in his thumb, Langford rolled his ankle after just 7 minutes of play in tonight's game and was not able to return.

Here's Romeo Langford hurting his right ankle in Maine and limping off. pic.twitter.com/FDsj3gj2Bg

After the game, Langford indicated that he didn't think the injury was very severe. Hopefully his assessment is accurate.

Tremont Waters scored 17 points in 31 minutes, but had a rough shooting night from behind the arc, going 1-8 from three. Waters added 7 assists and 3 rebounds. Highlights:

@celtics Two-Way player Tremont Waters with the dime in transition

Box score and the condensed game video are below. Enjoy the second half of tonight's double header as the Boston Celtics take on the Golden State Warriors at 10:30 PM Eastern/7:30 PM Pacific. 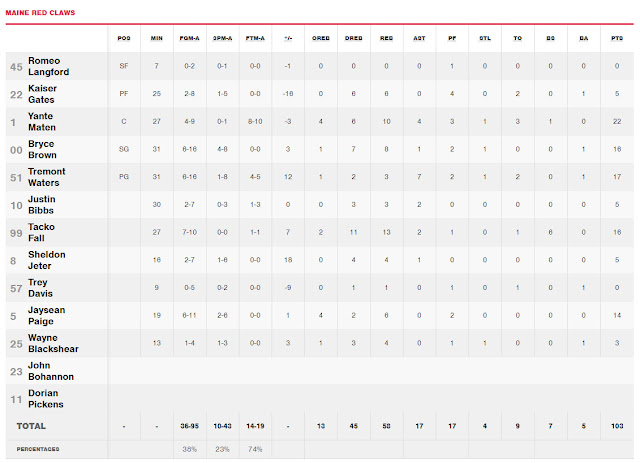