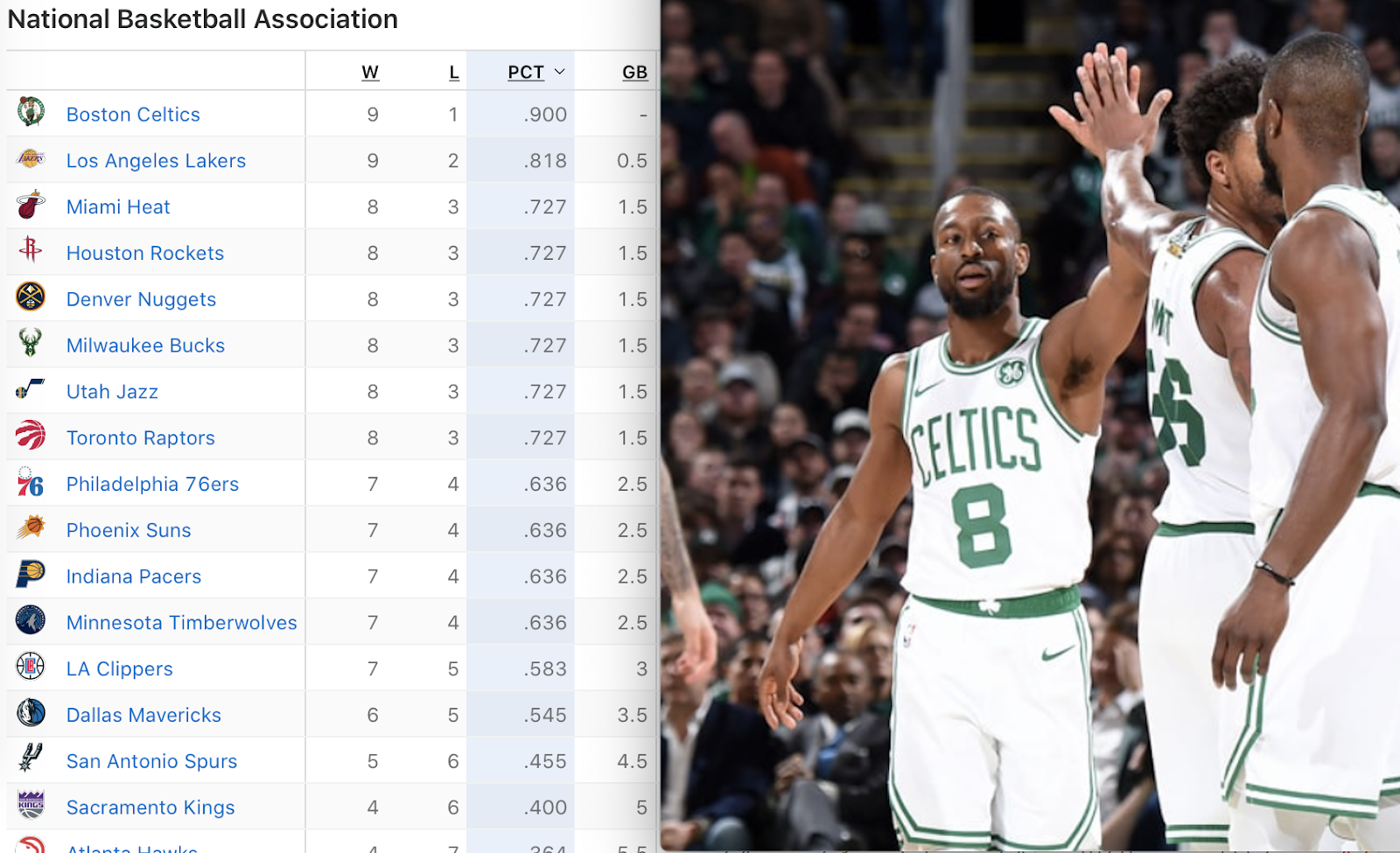 The Celtics lost some talented players this offseason. Some of them were lauded as solid teammates like Al Horford and Aron Baynes. Some not so much, like Terry Rozier, Marcus Morris and Kyrie Irving. Add a solid guy like Kemba Walker to replace the lead guard role and suddenly there's a different "vibe" around these Celtics.

Paul Pierce had the following to say on the changes in chemistry:

“They got better leadership in there,” Pierce said. “Let’s just call it how it is.”

“It’s better,” reiterated Pierce. “Kemba, he’s known throughout the league as being a great leader. I mean, he played on losing teams, he stayed positive. He went out and played hard every night, and that can be infectious. That can be the difference between losing and winning and chemistry. That’s what he’s brought to the Celtics.”

“Kemba, when you miss a shot, you can hear him in the huddle when they mic him up saying, ‘keep shooting, keep shooting.’ When Gordon Hayward’s taking a shot and missing, Kyrie’s going, ‘What are you doing?’ So it is a different vibe.”

Celtics players were pretty guarded with their shots at Kyrie when he left, but everyone is happy this season. And that was even the case prior to the nine game win streak. Kemba's Celtics sit alone atop the NBA at 9-1, while Kyrie's Nets are at 4-7.