When Summer Ball Had More Heart & Soul, and Less Bottom-line 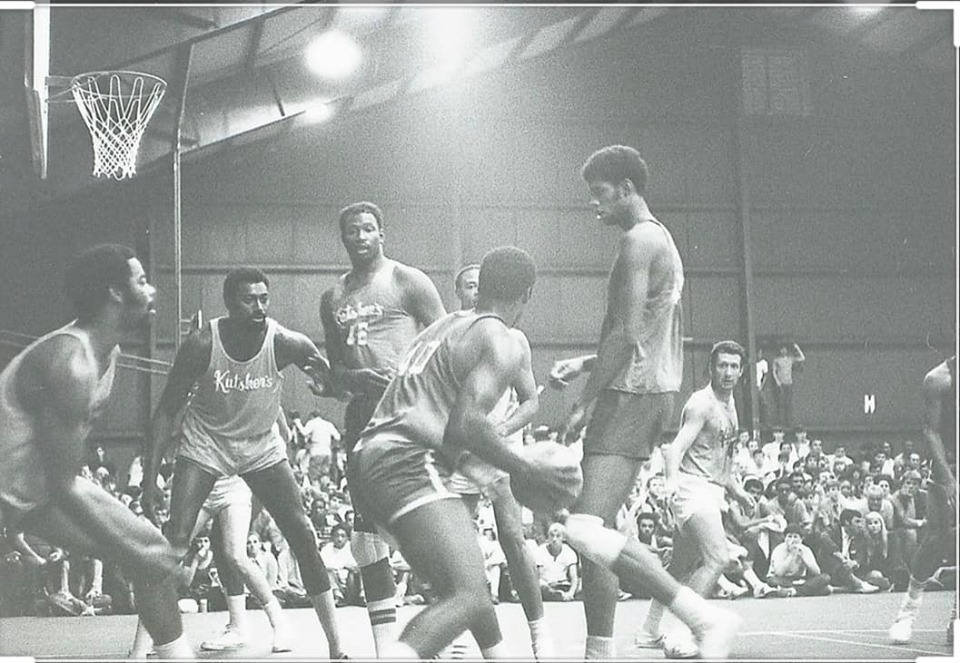 For over a decade, the Frank Sinatra-esque “Main Event” of an NBA off-season was the Maurice Stokes benefit game staged at Kutsher’s Resort … a deal was just as likely to be struck up in the Catskills as at any league-initiated assembly. (It was there that Red Auerbach and Bill Russell coaxed two more seasons – including a championship – out of an intending-to-retire Wayne Embry in 1966.) 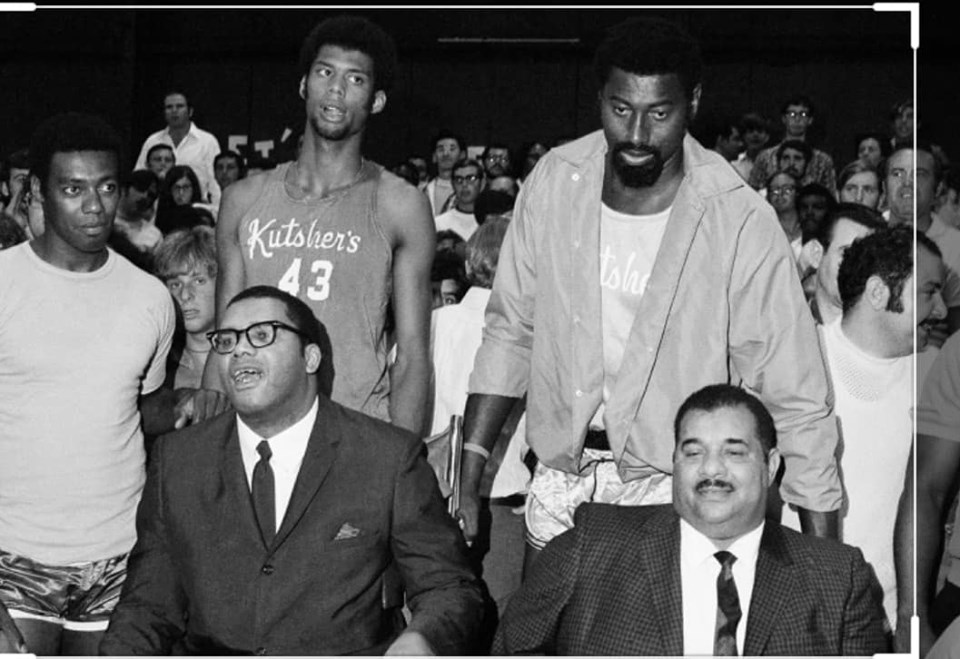 I’ve always been inclined to think that Maurice Stokes played a largely overlooked but not insignificant role in the Celtics’ extraordinary run of titles in the ‘50’s and 60’s. Stokes had been named Rookie of the Year in 1955-56 for the struggling Rochester Royals, who nonetheless posted the circuit’s worst record and thus possessed the first selection in the up-coming draft … just ahead of the pick for which Mr. Auerbach had traded his All-Star center (Ed McCauley) and the rights to a future Hall of Famer (Cliff Hagan).

Certainly, Auerbach was too smart to relinquish such a treasure trove of talent without damn good assurance that he was gonna get what he wanted, i.e. the services of young Mr. Russell, right? 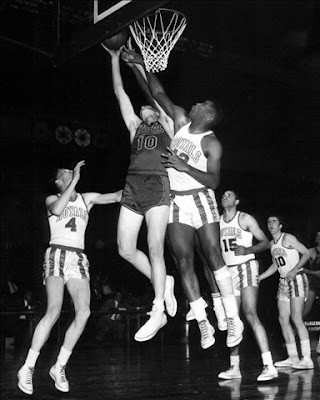 Red enjoyed telling the “story” that C’s owner Walter Brown had “traded” some kind of interest in the Ice Capades to gain Royals’ owner Les Harrison’s assurance that he would not select Red’s man at No. 1. It seems, though, that Red is the only source for that particular telling of the tale – and some recent NBA literature seems to question its veracity, citing a lack of corroboration on record from either owner.

A question that doesn’t seem to get addressed, though, is why would the Royals have an interest in Russell at that point in time? They already had a not-yet-23-year-old stud in Stokes, who’d just given them 16+ points and rebounds and a team-best five assists per game – and, like Big Bill, Maurice had an unreliable shooting touch.

Alas, no one could have foreseen the unfortunate fate of Maurice Stokes.

Wilt Chamberlain put to rest rumors of his immortality on the date twenty years ago.