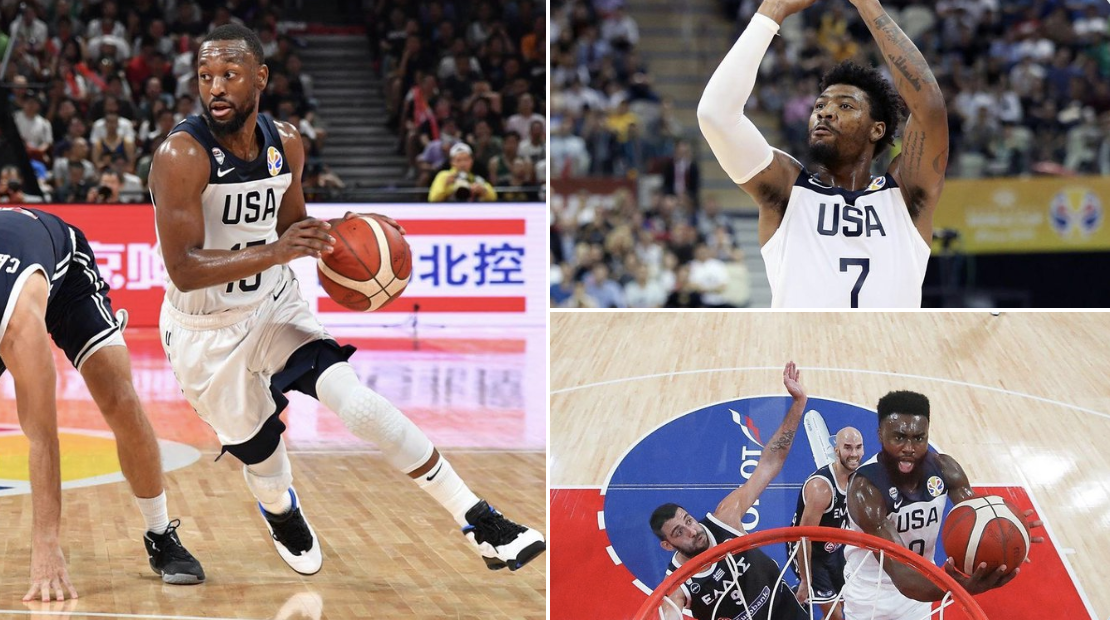 Some heated conversations after the game. USA players presumably upset with the foul on Barnes. Middleton playing peacekeeper with Giannis. Not a great way to end the game. pic.twitter.com/WtpLB4nJdb

Instead of watching games, just focus on @smart_MS3.

Marcus Smart played some great defense on Giannis and Greece's coach oddly held the reigning MVP out of the game to finish things off as Team USA advanced to 4-0 in the FIBA World Cup withy their 69-53 win. Kemba Walker led Team USA on the offensive end with 15 points and 6 assists. Things also got testy when Giannis' brother fouled Harrison Barnes hard from behind.