While at Team USA's team practice in Las Vegas, Nevada the Boston Celtics' Jayson Tatum addressed what many consider to be a disappointing 2018-2019 season with the team, according to an NBC Sports Boston piece by Chris Forsberg. 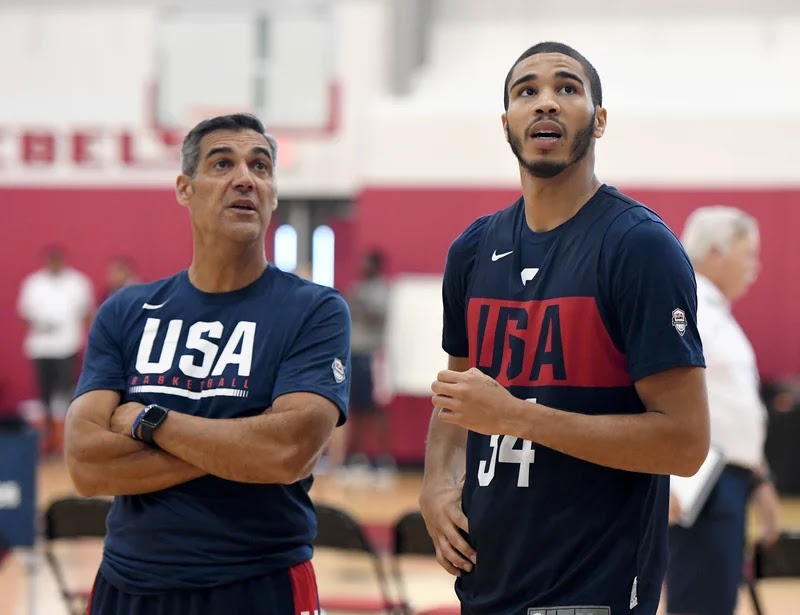 Despite putting up better numbers in his sophomore season, aside from his 3-point percentage, last week Tatum said he wanted a "bigger jump" this past season.

"Last year is behind us. Everybody is kinda tired of talking about last season. We got a new team, new guys, so we’re just trying to move on, get ready for next season.”

Last year, there was constant talk about difficulty in the Celtics locker room and they seemed out of sync on the court at times. Now they have a very different roster; on paper their roster that looks like it will have ample offense with the additions of Kemba Walker and Enes Kanter.

Jaylen Brown also made a comment on next season, likening the season to an art installation:

Tatum also added that he is looking to start acting like the potential NBA superstar he may be, according to Forsberg. That includes being more vocal in the locker room than he had in years past as well as his performance on the court.

Tatum and the fans have high expectations for the former No. 3 overall pick, this may be the year we see the full picture of what he could be.