With the dust starting to settle, Celtics will fill the void at center


With Al Horford off to the rival 76'ers, the Celtics need for a solid big man has just intensified. With the addition of Josh Richardson, that gives Philly a probable starting five with some size - Joel Embiid at 7', Al at 6'10", Tobias Harris at 6'9", Ben Simmons at 6'10" and Richardson at 6'6". 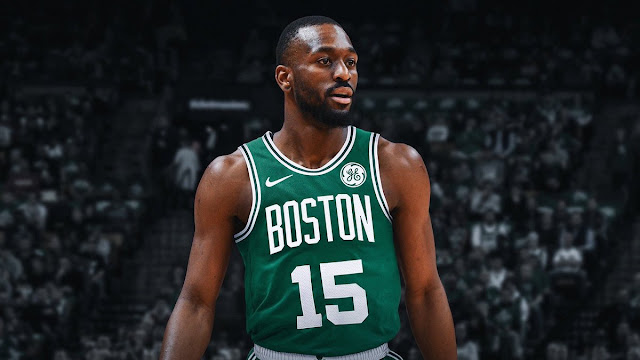 What do you think? pic.twitter.com/Gaf7ExBvGT

You can see the need for a big with some strength to battle down low. DeMarcus Cousins is seeking a home. Don't discount him totally. He has been known to misbehave on many occasions, but teammates tend to like him. Kevon Looney is still out there. The 6'9", 220 pound F/C also has a 7'4" wingspan. He only logged 18.5 minutes/game with the Warriors this past season, but his per-36-minute numbers show 12.2 PPG, 10.1 RPG, 3.0 APG, 1.1 SPG and 1.3 BPG.

Kenneth Faried is undersized at 6'8", but I have always liked his tough-and-determined play - thus the "Manimal" moniker. I could see him in a backup role with Boston. Joakim Noah? Age (34 years) is the issue here. He has the size (6'11", 230 pounds) and is a fiery defender and rebounder. Hey, we are not talking classic, modern-game stretch centers here. But don't forget, Noah was a 2-time All-Star, All-NBA First Team (2014) and Defensive Player of the Year. The 6'10", 250 pound Kyle O'Quinn has never averaged more than 18 minutes per game, but he may be a double-double machine with more floor time.

The Russell deal means the Warriors won’t be able to keep Kevon Looney, a prime candidate for the Celtics’ vacant starting big spot.

Ainge has learned patience, a fine quality for a guy that has survived two heart attacks. There remains a bit of dust still hanging in the air, but there is still a glut of bigs out there - and Boston needs one of them. Danny went small in the backcourt with the addition of 6'1" Kemba Walker, and the loss of two 6'10" centers (Horford and Aron Baynes) virtually dictates adding someone at the 5-spot with length and strength. Who will that be? Wait for the dust to clear totally, and we will have the answer.