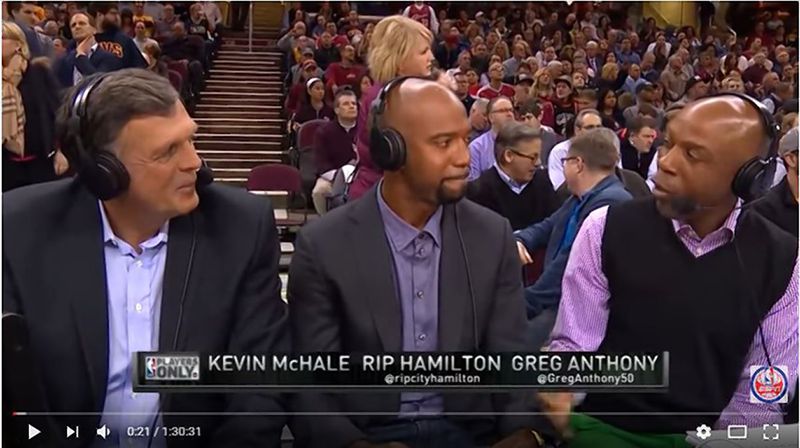 TNT adjusting their broadcast doesn’t necessarily bring peak excitement, but it warrants a nice little golf clap. Richard Deitsch of The Athletic dropped a tweet with the news on Wednesday.

TNT does a nice job with their coverage, but this attempt to change it up resulted in an epic fail. The Players Only broadcasts were an attempt to give their viewers a different perspective in a seemingly laid back way. The broadcast featured crews of Kevin McHale, Richard Hamilton and Greg Anthony, among some other ex-NBAers.

I’m not going to knock the out-of-the-box innovative thinking that brought this idea to our television screens back in February 2017. It makes sense to listen to the game from former NBA players, which we see all the time as color analysts. You expect them to know the game better than anyone. Ex-players do a nice job of teaching the game to the novice viewers, as well as infusing some context with their playing careers.

The problem was, as we’ve found out, a professional play-by-play man needs to carry the broadcast. They move it along. Color guys are there to fill in the gaps with, well, some color analysis. Credit to TNT for realizing it wasn’t working and scrapping the idea.

Who can forget Marcus Morris’ game winning three-pointer against the Oklahoma City Thunder? It was one of the highlights from the Boston Celtics last season. It wasn’t memorable for a famous Mike Gorman “Gaht it!” though.

We will never get ELECTRIC play by play calls like this anymore. pic.twitter.com/fIe3u5dgje
— Celtics Junkies (@Celtics_Junkies) July 24, 2019


TNT will discontinue Players Only for the 2019-2020 NBA Season, per @richarddeitsch.


when you find out TNT is getting rid of players only broadcasts pic.twitter.com/TIu0W6JmLk
— Justin Phan (@jphanned) July 24, 2019