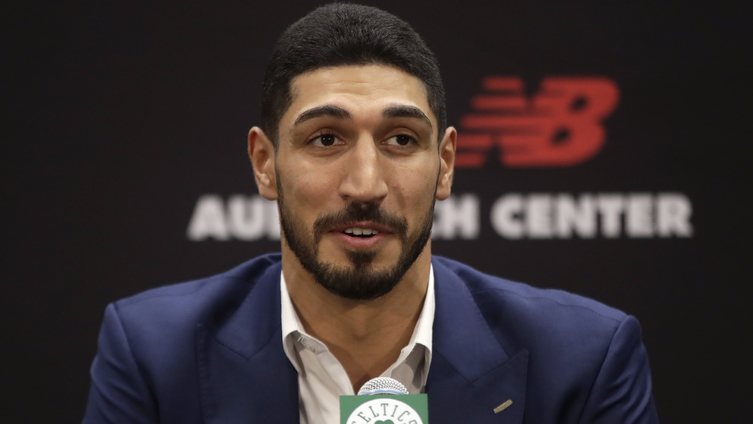 Enes Kanter has quickly become one of the better Celtic-player Twitter follows in recent years. Not only is he going to bring inside scoring and offensive rebounding for the Boston Celtics, but he brings a lighthearted personality that is contagious.

Unfortunately for Kanter, his issues with the Turkish government aren’t going away. On Wednesday, he shared an honest and genuine message regarding the reasons for cancelling the camp.


Such a disgrace that @TRConsulNY attacked @ICLINY through their bully tactics and caused my camp’s cancellation; they punished over 300+ New Yorker kids who were supposed to have a free Basketball camp. This is how the #TurkishDictator operates. pic.twitter.com/CmHmnqWSgH
— Enes Kanter (@EnesKanter) July 25, 2019

The Turkish Consulate had threatened the Islamic Center of Long Island where the camp was expected to be held. Kanter explains that these “thugs” are only hurting the kids that aren’t going to enjoy the camp. It’s an unfortunate situation, and here’s hoping that these kids get an opportunity to meet their NBA role model in another setting. Kanter has the support of some politicians that may be looking to help and support him.


This is shameful. My office is working with @EnesKanter to find an alternative location nearby that can host his camp.

These kids deserve this opportunity.


We are blessed to have a Senator who always stands up for Human Rights and Democracy
Thanks for your leadership @SenatorWicker 🙏 pic.twitter.com/fI5j53XJgt
— Enes Kanter (@EnesKanter) July 26, 2019

As I mentioned previously, Kanter’s “summer tour” has been enjoyable to follow. It’s nice to see a player that makes a conscious effort to connect with the fans. It’s no secret that the 2019-2020 Boston Celtics are expected to be a lot more enjoyable to watch, and additions like Enes Kanter will go a long way towards that enjoyment.