The Boston Celtics' former guard Terry Rozier was put at the top of Sporting News' list of bad NBA contracts this free agency by writer Jordan Greer. This off-season Terry Rozier and the Charlotte Hornets agreed on a 3-year, $58 million contract after Kemba Walker trotted on up to Boston. 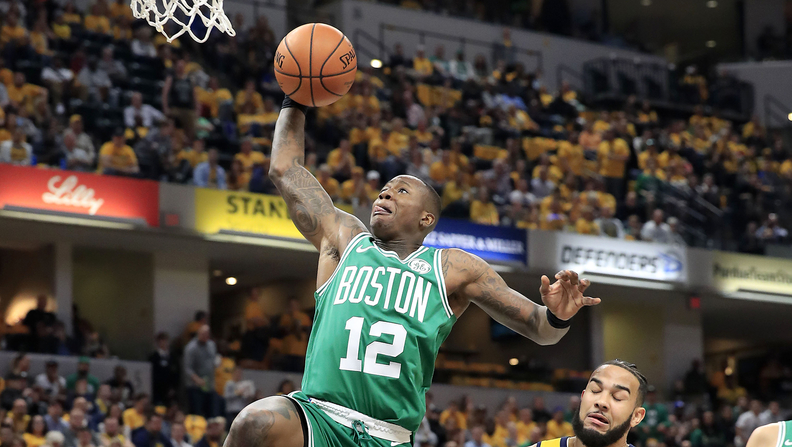 Not only did Charlotte lose Walker, but also Jeremy Lamb to the Indiana Pacers as well. Lamb and Walker were the two top scorers on the Hornets last season, as mentioned in the article.

The Hornets overpaid Rozier to be their new starting point-man for the next three years. It was both a PR move and a "let's take a flier on this guy move", albeit an expensive flier. When they did not pony up the supermax for Kemba, the Hornets needed to show they were still willing to invest in their roster, but as a result they may have picked the wrong guy to shell out for (again).

As Max Lissette of Guy Boston Sports tweeted out, the Hornets have a lot of money tied up in lack-luster players:

That's 86.5% of their cap space. pic.twitter.com/6RjzpamXLr

Rozier has previously played well in a starting role, in the playoffs no less. He averaged 16.5 points per game in the postseason in 2017-2018, with about five boards and five assists per game in that time span as well.

Also among the list of bad contracts were never-made-an-All-Star-team Tobias Harris' megadeal with the Philadelphia 76ers and the Phoenix Suns' Ricky Rubio.

Scary Terry could live up to his paycheck, but it remains to be seen whether his production will be worthwhile with a larger sample size as a starting guard. Only time will tell if this contract looks as bad as it does on paper.