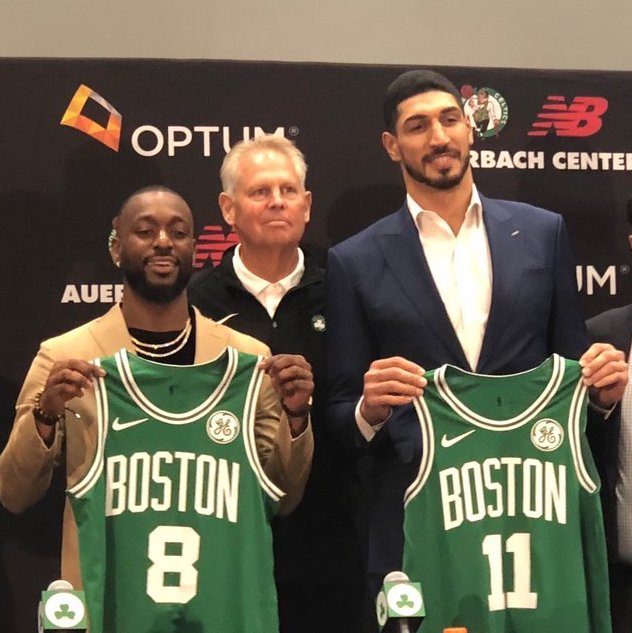 Kemba sounds so much more likable, humble and less pretentious than the last point guard the C's had.

Enes Kanter gives a nod to the Kyrie Irving commercial regarding his No. 11: “I want to be the reason no one else wears it."

Enes Kanter on old Kyrie Irving No. 11 jerseys: "Don't burn no jerseys. I'm against wasting. If you're going to burn it, cover up the back."

We'll have some more coverage on today a little later, but wanted to give you guys the press conference asap in case you missed it. Video via MassLive.

What did you think of the new guys?