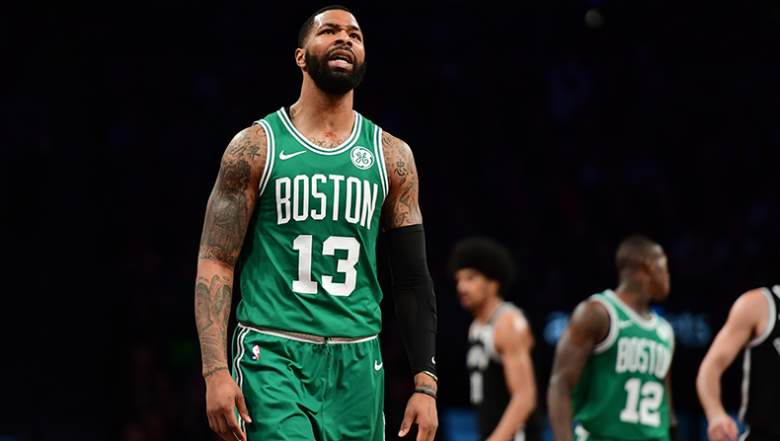 Yahoo Sources: New York Knicks have a one-year, roughly $15 million offer on the table for Marcus Morris who is considering reneging on his two-year, $20 million agreement with San Antonio.

Not a good look for Marcus and if I'm Pop and the Spurs, I say, "Go ahead and sign with the Knicks. We don't want you here anymore." They dealt with a forward who didn't want to be there two years ago who was a much better player. Morris is replaceable. The most famous reneging of an agreed upon deal in the NBA was when DeAndre Jordan backed out of his long term deal with the Mavs and re-signed with the Clippers.

The Morris twins have done things their own way before. When they were both on the Suns and up for free agency, the better twin at the time, Markieff, took a pretty team friendly deal, so the Suns could sign his brother Marcus who was a fringe NBA player at that time as well. Then after the brothers' off the court incident, the Suns traded Marcus, which pissed off Markieff to no end and he demanded a trade.

This tweet from a year ago explains some things. Rich Paul and Klutch Sports smh https://t.co/d9KYhxW2aw

We will keep you posted with developments.