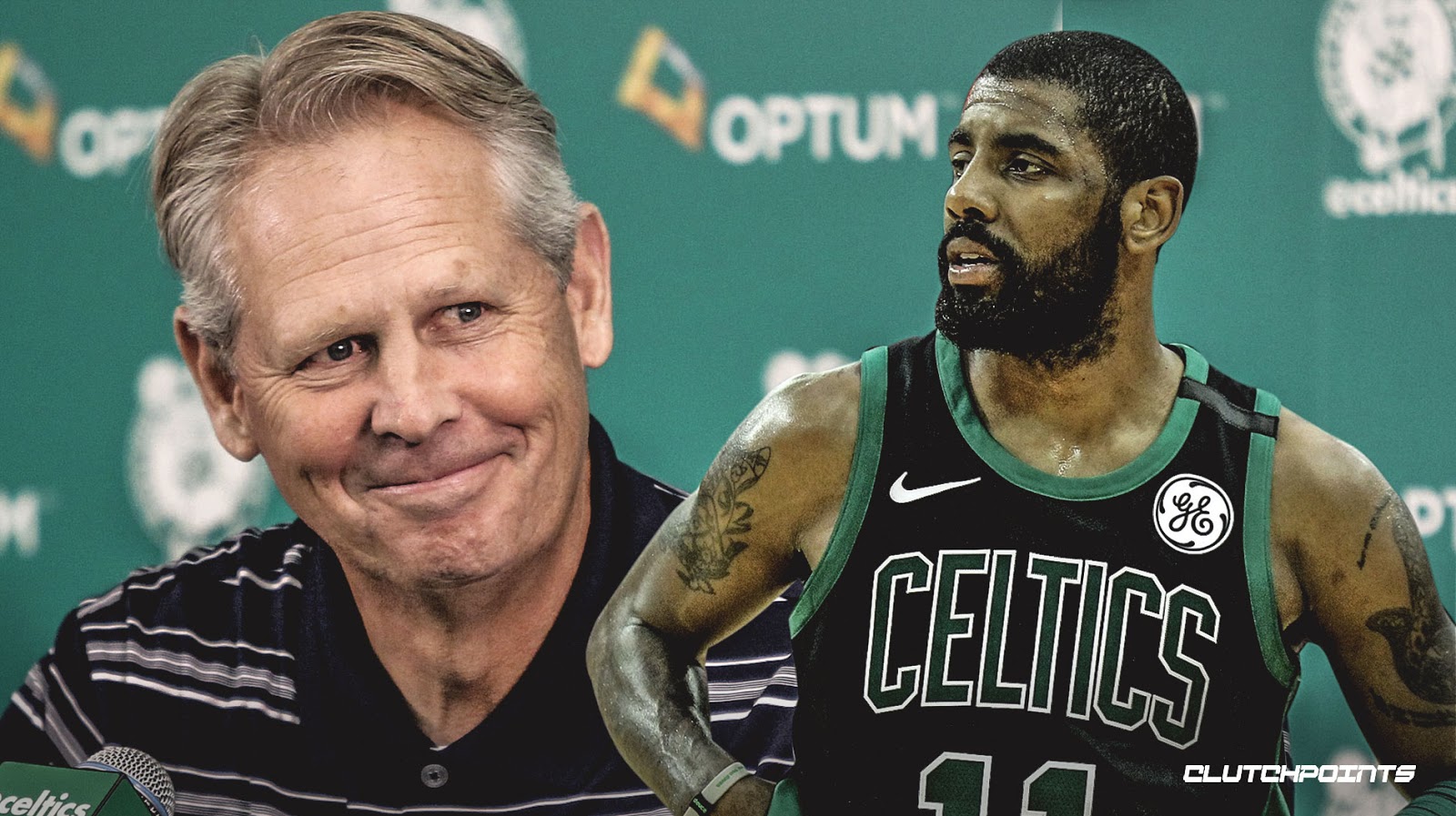 Danny Ainge was on Toucher and Rich this morning and discussed when he had an idea that Kyrie Irving wouldn't be coming back and that the Celtics needed to shift gears. I feel bad for Danny as he and Brad have had to sort of become Kyrie apologists as everyone (probably rightly so) bashes Irving for the garbage job he did leading the team this past season. It's a bad look when a GM bashes a player who has left, so Ainge has been very careful with his words. Antoine Walker famously called Ainge a snake when he was traded the first time, but Danny didn't retaliate. The Celtics would later bring back 'Toine after a trade with Atlanta.

Reality is Irving was a problem with the Celtics. He never should have told the fans he's coming back or made that Nike commercial if he wanted to go home. My guess is when things started to go south and the young players weren't looking up to him like the "genius" he says he is (basically he wasn't getting the treatment LeBron got from his teammates in Cleveland) he started planning his exit. Even though he grew up in New Jersey, he could still kind of play the going home to Brooklyn card like he was Gabe Kotter or something.


Then when he said his famous, "I don't owe anyone sh*t" line about free agency after rumors of him and Kevin Durant teaming up in New York intensified and it appeared he was reneging on his word to Celtics fans, some fans justifiably turned on him. Still the vast majority of fans cheered for him through the playoffs. Irving finally stunk up the joint in his final four games as a Celtic, took no responsibility, and that was it. Time to go back "home."

I do think if Irving shoots well vs the Bucks and the Celtics go on a Raptors like run in the playoffs, Kyrie likely stays. But minus that he was a goner. Ainge has done a good job in my opinion being both honest about what transpired, while also not bad mouthing an NBA star that other stars around the league admire. Tough juggling act.