Jaylen Brown eligible for extension, but will he get one?


The Boston Celtics and forward Jaylen Brown have until March of 2020 to agree on an extension if he is to avoid hitting restricted free agency after the upcoming season. 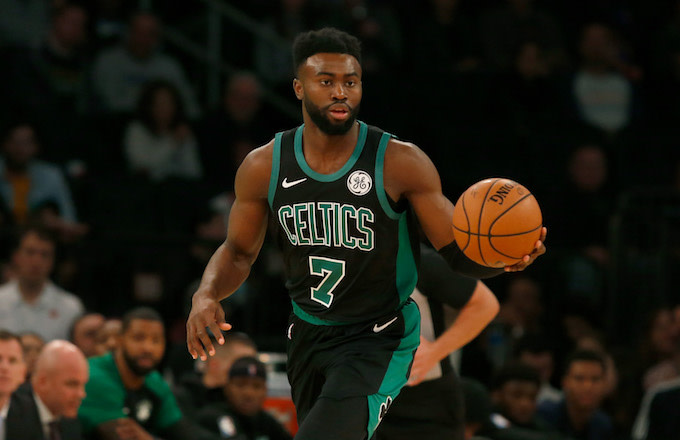 Over the past few weeks, it has been frequently highlighted that Danny Ainge is not one to hand out extensions prior to free agency, as CelticsBlog's wjsy wrote here:

Historically, Danny Ainge almost never extends players coming off their first contract. Rajon Rondo was the last player to get one. In the 11th hour before the deadline, both sides struck a 5-year, $55 million deal. The circumstances were different though. The Celtics were just a year removed from their banner season, Boston was arguably better in 2009, and Rondo had nearly averaged a triple-double in the playoffs with Kevin Garnett out. Rondo was peaking and Ainge wasn’t about to break up a championship team.

Not only has Ainge showed a propensity for patience when it comes to young players and extensions, there has also been swaths of rumors tying Brown to trades for stars like Paul George and Anthony Davis. He could be dealt at any moment it feels like, despite their roster build so far.

The Celtics have a trove of young wings, now adding Romeo Langford and Grant Williams to the mix. Brown is now the oldest of that age range of options on the wings, he is due to make money the fastest. If a team is willing to pay Harrison Barnes $88 million over 4 years, a team out there will give young Jaylen his bag. Personally, it does not make much sense to give him a max extension before he hits free agency and the Celtics can match any offer he gets.

Despite all of the noise, Brown has been shown off on the Celtics Twitter account putting in work:

He also competed in the Atlanta Entertainment Basketball League where he did this:

Jaylen Brown pulled up to AEBL Pro Am and showed everyone why he's an NBA pro @FCHWPO
@AEBLHOOPS pic.twitter.com/g2ur2bL8aO

Brown is not expendable, but he is not untouchable either. They could use Brown to make a move for a big man not named Enes Kanter, even though I like what Kanter brings to the table.

Do you want the Celtics to extend Brown? Let us know in the comment section how you feel.