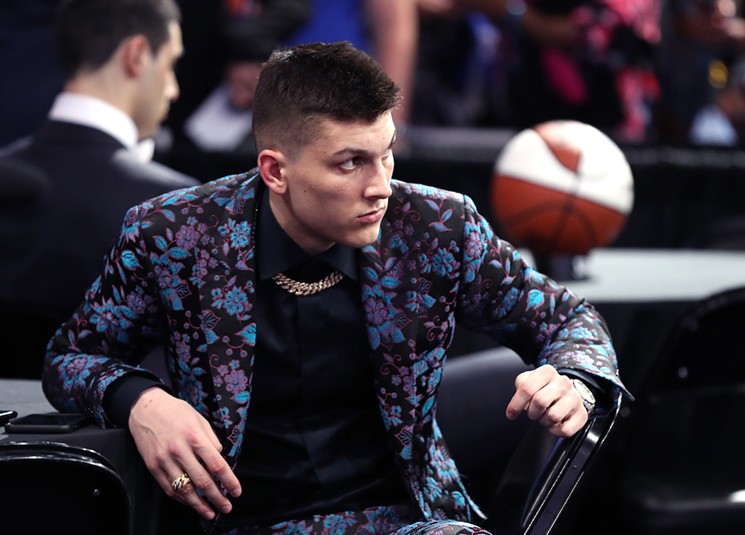 Did Pat Riley steal another player Danny Ainge wanted to pick before him again? There's no love loss between the new men, so I'm sure Pat Riley loved hearing about how the Celtics were pissed when Tyler Herro was picked right before Boston was up at #14. Happened with Justise Winslow back in 2015, but that was more explainable since he projected to go higher. When it got out that Herro had a fantastic workout with the Celtics and mock drafts started pegging him for #14 and Boston, you knew Ainge and company were getting nervous that Riley might steal their guy again. And he did.

Now I'm sure green teamers will say, "It's only summer league" or "Romeo will be better." Of course the first part is true and the 2nd part might end up as well. But let's be honest, if a Celtics rookie was averaging 20 points a night in his first three summer league games, fans would be going nuts.

Herro looks like a great pick. We won't get to see Romeo Langford in summer league, but hopefully he'll end up just as good or better. Still, screw you Pat Riley.